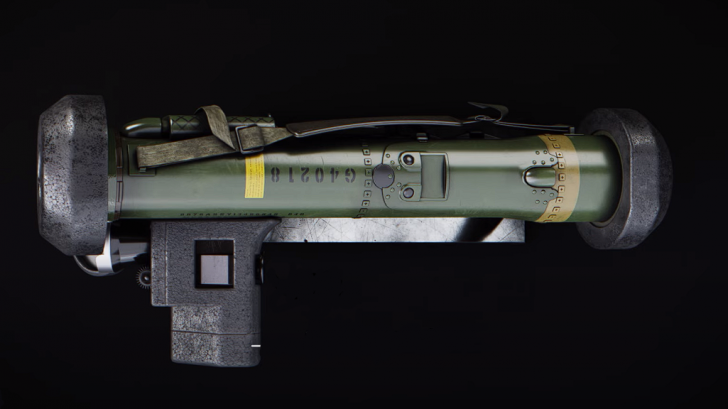 Contrary to what its name suggests, the Javelin’s night vision lens can be used for day and night missions. It provides an option to use a 4x or 9x magnification and infrared sight. The lens is part of the Command Launch Unit which can be detached from the main tube. When detached, soldiers can use it for its excellent infrared sighting capabilities.

The front set consists of 8 fins called wings. The wings provide the lift and stabilization it needs for travel. Meanwhile, there are 4 fins on the rear controlled by a flight computer to guide the seeker. In addition, the control fins are aided by 4 more thrust vector control vanes located around the nozzle of the rocket’s motor.

Its seeker has an infrared camera on its nose that uses a pattern recognition algorithm to keep track of the target. Using this technology, the seeker updates the target’s reference image in every frame. This, in turn, makes it easier for the seeker to track its target.

In order to counter the Explosive Reactive Armor used by modern tanks, the Javelin is equipped with two shaped-charge warheads joined together. The weaker charge detonates the ERA explosion and the bigger warhead penetrates the tank’s armor after.

The ESAF continuously does safety checks on the missile. After the trigger is pulled, it cues the launch motor until it’s out of the tube and initiates another signal for the flight motor. A target lock check is subsequently done which enables it for detonation on impact. When it strikes the target, it enables the tandem-charge function.