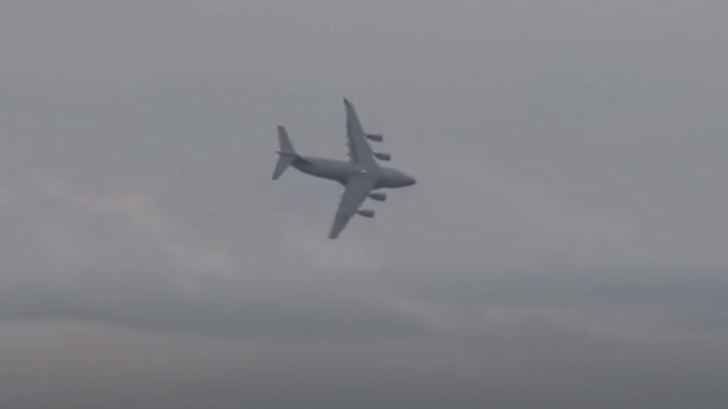 The mission was to practice the maneuvers they would be performing in an airshow 3 days away. First, the plane takes off and turns left at an 80-degree angle. After a while, the C-17 is expected to turn right at a 260-degree angle. After this turn, the plane would then be aligned to the runway and will perform a highspeed pass as it passes over the airfield.

The pilot, copilot, safety officer, and loadmaster were on board and preparing for takeoff to observe the weather and determine if it is acceptable for practice. In this 9-minute flight, the plane flew normally and the crew noted that the weather was good for practice. They landed at 5:55 PM and waited 30 minutes to officially practice.

Soon, the 4 of them board the C-17 once more to practice their maneuvers. After receiving clearance from ATC, the pilot aligns the plane on the runway and takes off. As the C-17 reaches rotation speed, the pilot raises the plane’s nose and attained the maximum pitch angle of 40 degrees nose-high.

After completing the turn, his co-pilot retracts the flaps as the C-17 reaches 151 knots. However, the minimum flap retraction speed was supposed to be 150. As the flaps retracted, the pilot continued for about 7 more seconds until turning right at a 53-degree bank angle to begin the 260-degree turn.

The co-pilot initiates slat retraction at 188 knots even though the minimum slat retraction speed was 193. Just 5 seconds after the pilot turned right, the stall warning of the C-17 was activated. A number of continuous mistakes led to the plane’s warning but the pilot still somehow thought he could pull it off.

As the C-17’s airspeed reaches 199 knots, it was only 6 knots below the stall speed. Still, the pilot continues to turn right using the right rudder, increasing the bank angle to 62 degrees. The max allowable bank angle for the C-17 was 60.

62 seconds after the sortie, the Deep Stall Protection System is activated. This system was in place to correct the plane from attaining AOA attitudes that may result in a deep stall. If the plane undergoes a deep stall, the aircraft will not be recoverable. Unfortunately, the pilot’s rapid movements overrode the system’s inputs.

Its angle is now 82 degrees as it continues to descend at 9,000 ft per minute. The safety officer yelled “Watch your bank!” three times before they crashed. The plane crashes into the woods and explodes 2 miles northwest of the airfield. All 4 members died on the spot.

The crash was attributed to pilot error, according to investigators. He placed the aircraft outside the expected flight parameters where recovery was not possible. The co-pilot and the safety officer also did not make any appropriate inputs to correct the pilot’s mistakes.