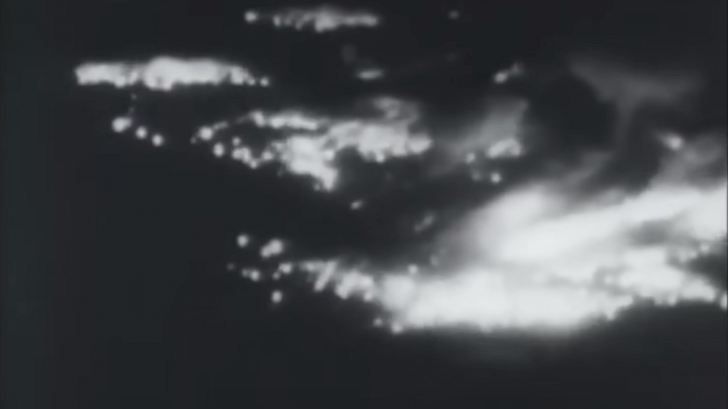 Houses in Japan’s cities were predominantly made of wood and paper. Combine that with the fact that Japan’s urban areas were densely populated, and you’ll get flammable cities. Furthermore, their military plants were surrounded by these crowded areas and some of the industrial work was actually done inside the homes of their workers.

In 1943, the US built a mock Japanese city in a desert in Utah. Here, they tried the effectiveness of incendiary bombs on the city. After testing, they concluded that the M-69 incendiary bomb was the most effective. Its napalm filler created uncontrollable fires that could burn Japan’s wooden cities to the ground.

On November 24, 1944, the mission to bomb military production plants, water supplies, railroads, and power grids was to be performed by 111 B-29s. The US hoped that this mission would destroy Japan’s supply lines making it unable to sustain its people and military. As luck would have it, the targets were obscured by clouds on that day. Only 24 bombers were able to drop their bombs and only 1% of the area was destroyed.

On February 25, 1945, LeMay and the 21st Bomber Group targeted Tokyo’s urban areas. 172 B-29s were used for the mission that destroyed over 27,000 buildings across one square mile. Due to how well it turned out, it was only a matter of time before a bigger scale of this mission was ordered.

Clouds were still a problem for the B-29s. To counter this, LeMay ordered the B-29s to bomb between 5,000 to 9,000 ft in the middle of the night. This way, Japanese fighter planes would also have a harder time intercepting the bombers.

7. It Was Too Effective

Japan’s dry and windy conditions enabled the fire to spread quickly and Tokyo’s firefighters couldn’t keep up with the spread. Meanwhile, civilians tried to jump in pools or rivers to shield themselves from the intense heat that reached over 1800 degrees.

The smell of burning flesh rapidly filled the area. Bomber pilots had to grab their oxygen masks to keep them from vomiting. Tail gunners of these B-29s said they could see the glow of the fire for 150 miles while on their way back to base.

An estimated 80,000 to 130,000 people were killed in a single night. 16 square miles with 267,000 buildings were destroyed in Tokyo. In the end, more than 1 million Japanese citizens were made homeless while Tokyo burned for days. The death toll of the firebombing of Tokyo was higher than the Nagasaki bombing and just slightly lower than the Hiroshima bombing.