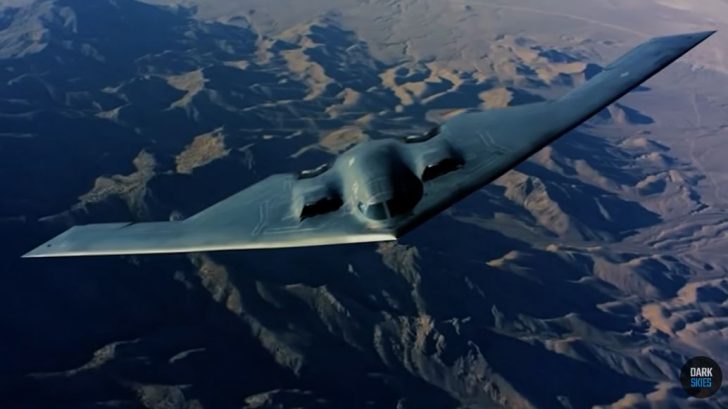 The B-2 was fueled by a need for a US bomber that could deliver nuclear warheads to the heart of Moscow in case an apocalyptic conflict arose. In worst-case scenarios, the US needed the most advanced bomber to strike Soviet Union’s inner cities.

Here are ten facts about the “Invisible Bomber,” the B-2 that will blow your mind:

1. It was designed to be practically undetectable by radar

This concept isn’t new. During the end of WWII, Germany had already experimented with various materials and designs, making warplanes less visible to Britain’s early warning ground-based radar. However, it was during the 1960s that the technology was applied.

Denys Overholser, a mathematician working for Lockheed Aircraft, adopted a mathematical prototype created, leading to the creation of Echo 1. This computer program allowed the accurate prediction of an aircraft radar signature made of flat panels called facets.

In 1975 engineers found out planes made with faceted surfaces could result in a low radar signature. Its surfaces would radiate all the radar energy away from the receiver.

2. It was an aircraft unlike anything in the world had ever seen

A staggering 23 billion dollars was poured into the research and development of the aircraft alone. Northrop assembled a formidable team of MIT engineers to work on the project.

Their goal was for the B-2 to take everything that made the F-117 so compelling and revolutionize it exponentially.

3. It was labeled as a Black Project, meaning every single aspect of the production is top secret

Thus, everyone who worked on the project had to comply with complete secrecy. Laborers had to assume fake identities while claiming to work on entirely unrelated projects.

4. It was envisioned as a flying wing aircraft

Meaning the aircraft had no fuselage or tail. This gives it a remarkable low observable capability apart from the high aerodynamic efficiency and the ability to carry a large payload.

Despite the costs, the US authorities are confident it will help maintain the US’ technological and military advantage on the world stage.

For the first time, state-of-the-art computer models were used, ensuring that the radar signature emitted by the aircraft is minuscule as possible.

7. While other bombers at that time had a crew of four, the B-2 was designed to be operated only by two airmen

This gave the aircraft a significantly low margin for error, especially for long, exhausting sorties. It also requires pilots with significant talent and training to operate it adequately.

8. It was fitted with AN/APQ-181 low probability of intercept multi-radar system

This detects threats with more accuracy and time than any similar system.

9. Its structures are made of carbon graphite composite material

The materials are stronger than steel, lighter than aluminum, and absorbs a significant amount of radar energy. As a result, it further increases its radar invisibility.

10. It has two internal bomb bays that could be arranged in either rotating, rack configuration

The B-12 was also built to carry numerous nuclear and thermonuclear cruise missiles inside its Bombays.