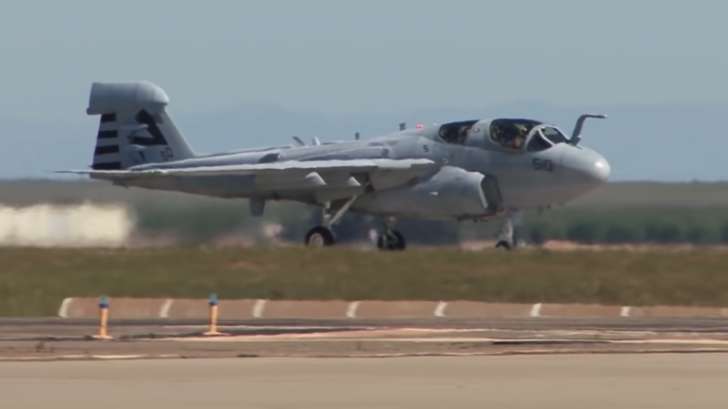 The Prowler plays a key role in suppressing air defenses since its inception. Due to its specific and important role in modern combat, the Prowler has helped many of its allies operate and return safely. In fact, the only time the F-117 lost was because of the absence of EA-6Bs which were grounded due to bad weather.

Many of its successes can be attributed to its constant modernization upgrades. Some of these upgrades involved addressing structural and supportability problems common with old aircraft. In addition to that, improvements were also done to its avionics to enhance its performance.

It was only a matter of time before they upgraded the Prowler’s weapon arsenal. After a few more versions, the Prowler was finally able to fire AGM-88 HARMs while using their ALQ-99 jamming pods. Towards the end of its long career, the Prowler became adept at providing jamming support to disrupt enemy defenses and IEDs in Iraq and Afghanistan.

During its long service, the Prowler has flown more than 260,000 hours of missions. They were even a part of every major US military operation during their service. It’s hard to put a number to how many planes and pilots they have saved during that time.

Since its retirement, the USMC has tried to lessen the impact of losing the EA-6B. However, the aircraft available to the US today such as the F-35 can only provide electronic protection to themselves. There’s no doubt they will miss out on the Prowler’s broad-area jamming support it offers.