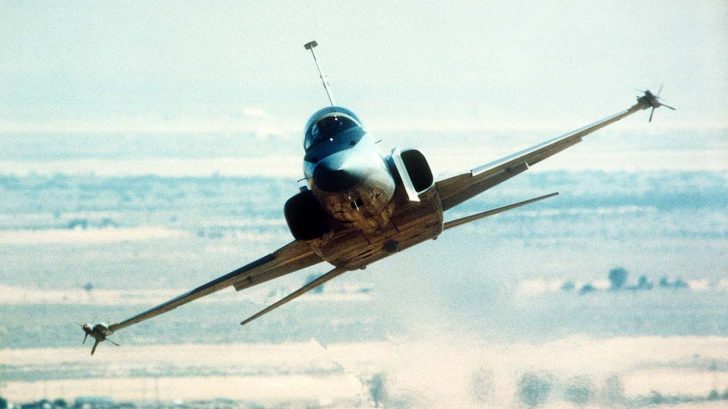 1. Became Its Own Plane

Initially, the F-20 was supposed to be the F-5G but it became a different aircraft during development. Though it did share similarities with the F-5 in terms of its sharp nose and cockpit, the F-20 only had one engine – a single General Electric F404 engine.

The new engine proved to be worth the upgrade. It gave 60% more thrust while increasing the thrust-to-weight ratio from 1 to 1.13. Achieving Mach 2 speeds, the climb rate of the F-20 skyrocketed to 52,800 ft/min with a service ceiling of 55,000 ft.

Aside from the new engine, the F-20 also improved its wing design slightly. Its wing area was modified, improving the max lift coefficient by 12 while only increasing the wing area to 1.6%. Its wings were also modified to hold sidewinder missiles to be more effective in combat.

Its horizontal stabilizers were increased by 30% due to its inadequate pitch performance. To further help the F-20, a new fly-by-wire system with dual channels was installed.

Much of its avionics also received improvements. The centerpiece of the sensor system was its multi-mode General Electric AN/APG-67. In addition, its navigation system was based on a ring laser gyroscope with all of it revamped to electronics. These changes lessened the time it needed to power on and take off. Its scramble time was 22 seconds, the fastest among the aircraft available in that era according to Northrop.

One of its downsides is its limited hardpoints which could only support about 8,000 lb of payload while the F-16 carried 17,000. Its small size and shallow ground clearance due to its low-mounted wings made it significantly harder to fully make use of its wings.

9. Low Costs Across The Board

Compared to the F-15, the life maintenance cost of the F-20 was 50% lower. Furthermore, it consumed 53% less fuel and had 63% less operating costs. It was also seen by many officials as very reliable compared to its competitors. Still, the F-20 had no sure buyers.

Even though the Navy wanted a dogfighter for their Top Gun program, they went for the F-16 instead. The US government also didn’t endorse the F-20 enough for international buyers to fully trust its capabilities so they canceled their orders. At the same time, there were two crashes involving the F-20 with both pilots blacking out due to the excessive g-forces.

After spending $1.2 bn on the project, Northrop canceled the F-20 in 1986. Only three prototypes were built.