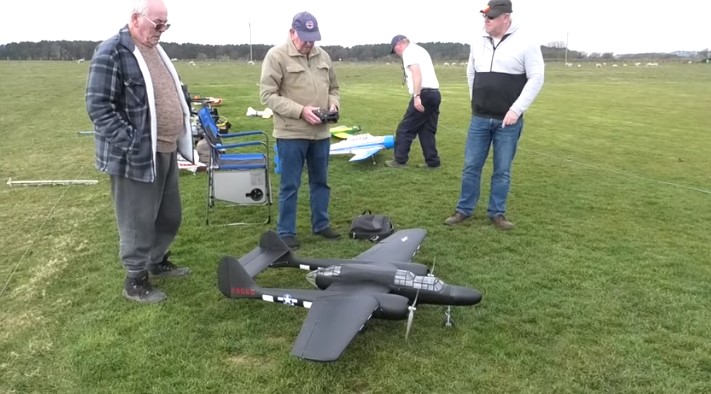 The plane was designed as a night fighter- it was designed to destroy enemy aircraft at night or during bad weather, which is possible with its onboard radar. It fought in the European, Mediterranean, China, Burma, India, and Mediterranean Theaters.

However, for airplane enthusiasts, airplanes can be expensive- everyone knows that! It’s one of the reasons why many choose to build their own with quality modern airplane kits. Airplane model construction kits not only cost less, but they’re also incredibly lightweight for those who want to build and fly.

The video shows the maiden flight of a P-61 Black Widow built from a rare kit by Royal Marutaka, Japan, in the early 1970s. It has a 72” wingspan. The model was a miniature but faithful replica of the widely used aircraft during WWII. This impressive warbird was flown at Chester le Street Airfield.