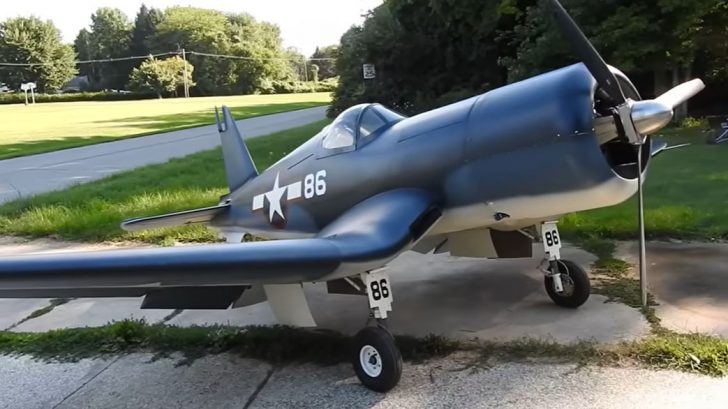 The Vought F4U is a legendary American fighter aircraft that served during World War II. It entered service in late 1944. In fact, the Japanese consider it one of the most formidable planes in the war because its naval aviators achieved a feat of an 11:1 kill ratio.

Planes have been fascinating for many aviation enthusiasts. In fact, many started building their own smaller versions of these warbirds from airplane kits.

Dynodon64 on YouTube built a huge F4u Corsair from blueprints bought online and made this replica about 17-18 feet long. And his finished work is mind-blowing.

The plane is a one-half scale replica of WWII Corsairs. It’s an experimental amateur-build aircraft that needs the FAA inspection first to be declared “airworthy.”

It features a Subaru 2.2 liter Legacy engine, a 72 in six-foot diameter warp drive propeller, and holds 15 gallons of fuel in its gas tank. This war aircraft replica is genuinely one of its kind!