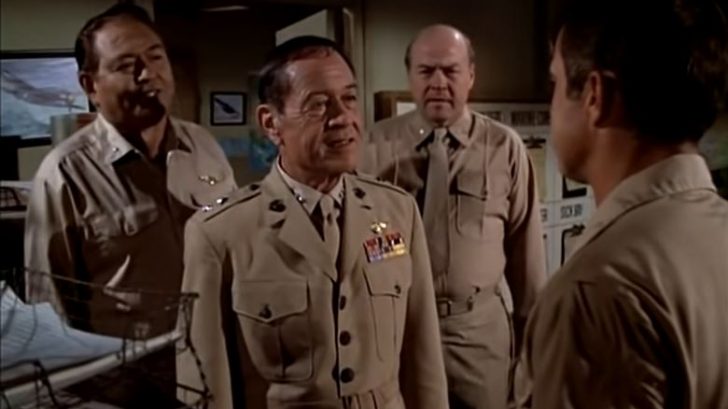 Greg ‘Pappy’ Boyington was a flying ace who shot down 28 Japanese enemy planes, organized the famous Black Sheep Squadron, and received the Medal of Honor and the Navy Cross.

The TV series Baa Baa Black Sheep was inspired from Boyington and his men from the Black Sheep squadron, and the show ran for two seasons during the 70s. Boyington was portrayed by the actor Robert Conrad.

However, Boyington himself had a cameo role as a visiting general in the series. He appeared on two episodes of the first season (“The Deadliest Enemy of All: Part 2” and “The Fastest Gun”) and one eposide  (“Ten’ll Get You Five”) on the final season.

However, most of his men weren’t actually thrilled of the show, calling it as fiction, and showing Boyington’s glamorized self. In fact, Boyington himself admitted that the TV series was loosely based on fiction, and only slightly related to the actual events during the day.