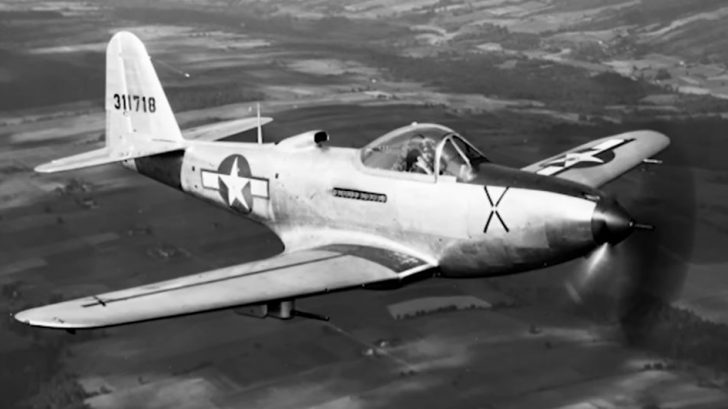 Here are the 5 facts about the outcast Kingcobra P-63:

1. It’s based directly on the P-39 Airacobra

The aircraft was an excellent improvement to the P-39 Airacobra, which was considered a relative failure. Western countries received it poorly but favorably in the Soviet Union.

2. It had three primary issues

It had poor high-altitude performance (because of the lack of a turbocharger). Additionally, it had problems with the center of gravity which could lead to dangerous flat spins. It also had deformations on the tail under high G-loads.

3. Since it was a new development, it kept the Airacobra’s quirks

These include a tricycle landing gear, a mid-fuselage mounted engine, and a nose-mounted 37 mm cannon.

4. Despite all the work done to the aircraft, the fledgling fighter didn’t manage to live up to expectations

The P-63 was still deemed relatively inferior to the P-51 Mustang B-variant. It only reached a speed of 42mph, which was well above the Mustang’s 440 mph.

5. The Kingcobra would become the 3rd American aircraft to be sent to the Soviet Union in large numbers

It’s only behind aircrafts such as the P-9 and the A-20. Interestingly though, the Soviet Union only used it once, during in August 1945, when it invaded Japan’s puppet state, Manchukuo.

Is the Kingcobra a bad aircraft? Well, not exactly. It has been said that it was what the Airacobra should be right from the very beginning. However, the improvements already came in too late.