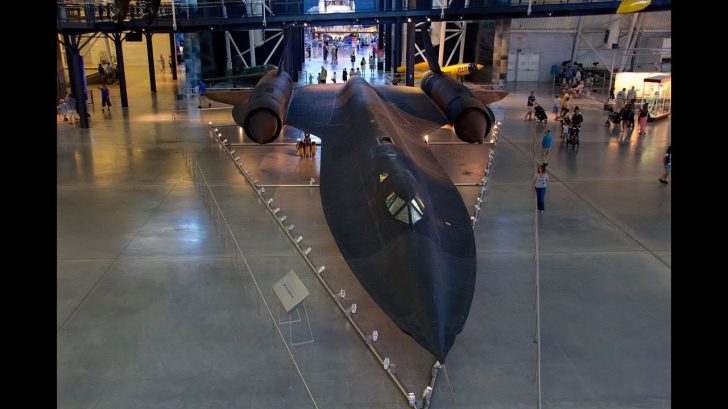 The SR-71 had three types of nose cones. Training noses that only had weights for simulation, radar noses to fit radar instruments, and a nose cone to fit a camera. The camera is commonly referred to as “The Country’s Camera” since it can take a picture 72 miles wide.

To connect these noses, only four bolts were used since the pressure was enough to hold them together. This also made it easier to swap out the noses depending on its mission.

One of the reasons the SR-71 was retired was because it took too long to develop its film. The film inside the plane was 5 inches wide and 2 miles long. After missions, they would need to cut it into 500-ft long segments and inspect for any damage. This was time-consuming, sometimes taking days to finally complete.

The cockpit is basically a late 1950s cockpit similar to the A-4. The SR-71 had so many technical challenges that the cockpit design wasn’t prioritized as much. The only things added were switches and gauges for supersonic flight. The standard round dials virtually remained untouched – if it ain’t broke, don’t fix it.

It had an average of 600 °F skin temperature. To withstand the heat, the plane was built with 93% titanium, a material that  Russia provided, and never knew what it was used for until later.

The SR-71’s tires are 22-ply and filled with nitrogen. Normal air would seep out of the wheels due to extreme heat. Twelve SR-71s have been lost and four of those were due to tire failures. Because of this, the nitrogen tires are replaced every 15 landings to ensure healthy tires.