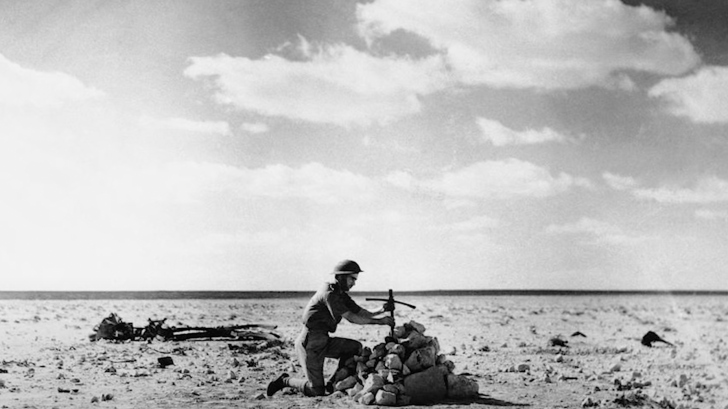 2. It Was An Ordinary Mission

The mission was to bomb an important harbor in Naples, Italy on April 4, 1943. They had to take off from their base in Libya, fly over the Mediterranean, get to the primary target (harbor), and let go of their bombs.

3. There Were Two Waves

In this mission, 25 B-24s were expected to take part in the bombings, separated into two waves. The first wave would have 12 B-24s while the second wave had 13. “Lady Be Good”, the new B-24D with the newer crew, was assigned to the second wave.

As they took off, they were hit by a sandstorm and 8 of the 13 B-24s had to abandon the mission. 5 other B-24s including Lady Be Good pushed through and set their sights on Italy. When they got over there, the clouds obstructed their view of the primary target and they opted to bomb the secondary target instead.

The role of the navigator is crucial. There was no GPS back then so they had to log every movement that the aircraft made. 2nd Lt. Hayes, the B-24’s Navigator, did not log any entries after they returned from Italy. To this day, nobody knew why he decided not to though it should be noted that it was his first mission.

6. The Pilot Radioed For Assistance

Just after midnight, Lt. Hatton radioed to the air base to tell them that their automatic direction finder wasn’t working. In response, the air base launched flares hoping the crew might spot them. Unfortunately, the flares were not effective since the B-24 already overshot the base.

With the fuel almost depleted, the crew bailed out and parachuted to safety – thinking they were going to end up in the Mediterranean Sea. In reality, they were 400 miles inland and they found themselves stranded in the desert. 2nd Lt. John Worovka’s parachute was defective which led to his death.

8. They Almost Stood A Chance

If they went back to their Liberator, they might have had a chance to survive. Even though it was broken in half, its radio was still in good condition. Not only that, if they had walked the same amount of miles south instead of north, they could have found the Wadi Zighen Oasis.

A British petroleum team in Libya spotted the wreckage but there were no reports of a missing plane in that area at that time. It wasn’t until May of 1959 when the Wheelus Air Force Base decided to investigate and found the remains.

The aircraft was taken apart and some of its were reused. A C-54 had several transmitters from the B-24 that had to throw cargo because of propeller difficulties. Then, a C-47 that had Lady Be Good’s radio receiver crashed in the Mediterranean. In addition, an American DHC-3 got an armrest and crashed into the Gulf of Sidra – only the armrest washed ashore.