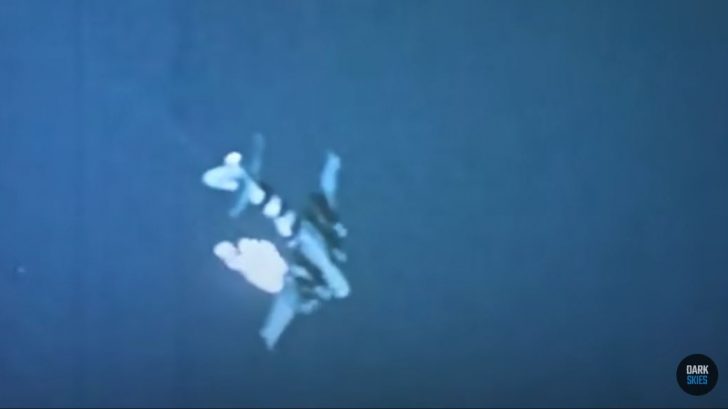 The Grumman A-6 Intrude was the first all-weather attack bomber in the world that was capable of finding tactical and strategic targets, delivering both conventional and nuclear ordnance under zero visibility conditions.

But did you know that a Japanese warship mistakenly engaged this American aircraft in a strange twist of fate?

In early 1957, the US Navy issued an official request for a proposal calling for an all-weather attack aircraft for long-range interdiction missions, with short takeoff and landing capability for marine close air support. This is to replace the outdated Douglas A-1 Skyraider.

Among the dozens of proposals, they chose Grumman’s Type G-128, awarding the company a contract to develop it. The first prototype flew in April 1960.

The aircraft turned out to be a two-set twin-engine monoplane, with a 53-foot wingspan and a maximum speed of 640 miles per hour, built to do carrier-based attack missions regardless of weather and light conditions.

It also incorporated cutting-edge features, especially in the 60s when it was not typical for a fighter aircraft to have high-end avionics and multiple computers.

The aircraft’s versatility was proven over the years with several upgrades, and technological enhancements kept it as one of the world’s premier long-range, all-attack aircraft for decades.

On June 4, 1996, while doing a teaching practice, a Grumman A-6 Intruder was mistakenly engaged by a Japanese warship, firing at it at 50 rounds per second. The aircraft’s engine erupted in flames, and the plane began to spin out of control after being shot down by the Japanese in a friendly-fire incident.

Fortunately, both pilots managed to eject just in time. After almost 50 years that Japan surrendered in WWI, a Japanese destroyer blasted a US Navy aircraft.

After the incident, both Navy aviators were rescued. Although initial investigations blamed the failed exercise due to mechanical failure in the weapons systems, it was later found out that it was simply due to human error. President Clinton formally accepted the Japanese apology for the incident.