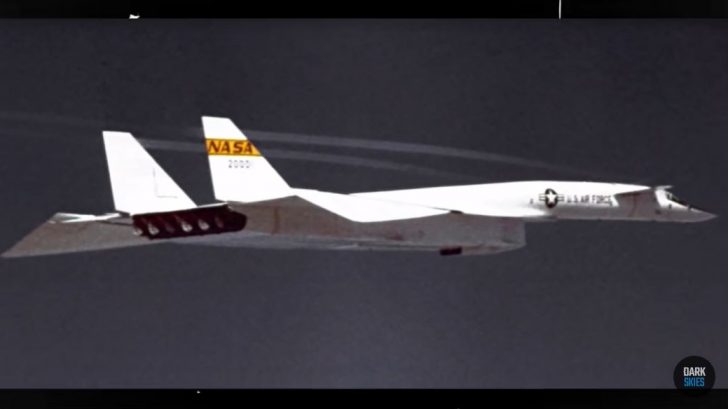 The XB-70 Valkyrie was the ultimate high-altitude and high-speed strategic bomber with a cruise speed of Mach 3. The events that transpired, however, would cause it to play a different role in aviation history.

1. It was an experimental aircraft with remarkable features

Its size was the largest of any aircraft in aviation history. The airframe featured a long fuselage for the horizontal stabilizer placed behind the crew compartment.

It had delta wings swept at 65 and a half percent. The wing sections can be folded down during a flight for excellent lateral directional stability. To power the plane, it had six General Electric yj933 turbojet engines, each with 30,000 pounds of thrust.

2. It had two prototypes

Only two xb70a prototypes were built by North American aviation. Tests of the aircraft’s airworthiness took place between 1964 and 1965, conducted by American Aviation pilots and the Us Air Force pilots.

3. It suffered a stunning crash

General Electric wanted a group formation photo of planes that used jet engines, and the second prototype of XB-70 joined the mix. The F-104 flew to the right of the XB-70. Unfortunately, the pilot steered the F-104 too close to the Valkyrie.

The Starfighter clipped its right wingtip, causing it to roll up and over, hitting the right vertical fan and tearing off to the left. The Starfighter exploded, and the Valkyrie also crashed into the hills.

The investigation later showed that the wake of the Valkyrie’s vortex wing was to blame. The micro tornadoes emerging from the plane’s wingtips caused lethal damage.

4. Its operations were limited

The loss of the second prototype marked a significant turning point in the project’s existence. Only the less capable first prototype can give the research program the necessary and valuable data.

The remaining plane flew for two more years, focusing on sonic boom data tied to the supersonic transport aircraft program. The data was extremely valuable until the program was canceled.

5. It was later cancelled

The program was eventually canned in 1961. Today, the only surviving model, series 62-01, can be found at the National Museum of the US Air Force in Dayton, Ohio.