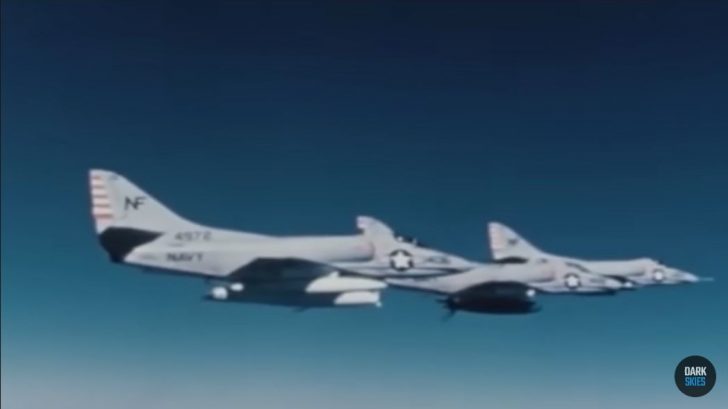 The Douglas A-4 Skyhawk resulted from the concern for the enhanced weight and cost of combat aircraft during the 1950s. Thus, the A-4 was built to counter the trend.

In the 1950s, aviation engineer Ad Heinemann developed a novel concept for the Douglas Aviation Company. He planned to replace the AD1 Skyraider with the A-4 Skyhawk, decreasing weight and complexity as much as possible. This resulted in a combat jet less than 40 feet long and lighter than 5 tons.

A vital asset to the US Navy

The Skyhawk had a small set of delta wings, amounting to a wingspan barely reaching 26 feet. Thus, it can be stored on an aircraft carrier without having foldable wings. Smaller sizes meant carriers could store more warplanes. A lack of foldable wings also made the aircraft much cheaper.

It’s called such because of its diminutive size. The plane was designed to achieve an unparalleled short takeoff and landing performance. It’s also become a favorite aggressor plane in the US Navy training drills, displaying similar speed and agility to its chief historical foe, the MiG-17.

The Skyhawk spearheaded consequential sorties in Vietnam, raining fire on North Vietnam. It became the first of more than 7.6 million tons of American bombs dropped on top of Vietnam.

Early in the war, Skyhawks have to engage with quicker, relatively more expensive North Vietnamese MiG-17s. Skyhawks have flown tens of thousands of sorties by the war’s end. 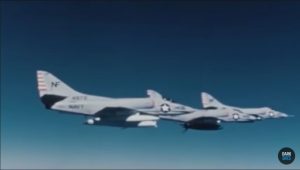