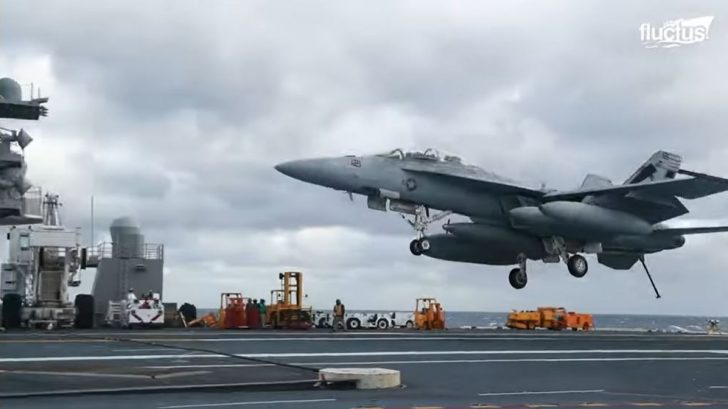 A failed landing or a takeoff on a short aircraft carrier strip can result in damage or the loss of significant defense assets or the crew.

Here’s what happens when pilots fail to land at a very high speed on a US aircraft carrier:

1. The deck of an aircraft carrier is supported by a firefighting and maintenance crew

The crash and recovery team conducts regular training to ensure they stay vigilant in case there’s a fire on board. Rescuing injured people in the crash is also an integral part of the drill done by the crew.

This is to be able to handle the aircraft in a crash scenario. Located in Maryland, the manned flight simulator or MFS facility has been a center of excellence for aircraft simulation for three decades. Here, pilots can do maneuver training and emergency procedures.

3. Shallow water egress training is used to train pilots to escape the aircraft during a crash landing and rescue themselves

Trainees are placed in a chamber resembling a troop area of a UH-60 Blackhawk helicopter that submerges and flips over in an indoor pool. They develop survival skills that could save their lives in a helicopter crash.

4. The helicopter underwater egress training (HUET) is a similar training for the marines, which is transported by helicopters over waters

Training involves simulated sinking in a pool while rotating the training module upside down. It trains students to brace for impact, look for primary and secondary exit points, avoid smoke inhalation, surface for air, and maintain headcount.