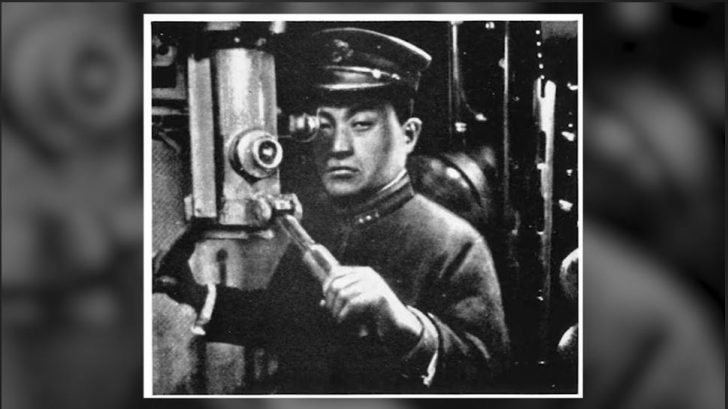 At the beginning of the 20th century, when Japan’s empire began to grow in Asia. However, few considered it anything more than a regional power as compared to empires such as Britain, France, and Russia.

That would change during the Russo-Japanese war where Japan stunned the world by defeating the Russian Navy. It also forced the world to accept for the first time that an Asian country was a top player in military and diplomatic matters.

In this post, we’re going to talk about the three most feared and deadliest soldiers of the Empire of Japan:

Hashimoto took command of the i-58- a vessel that was able to launch manned suicide torpedoes, four of which could be carried at one time. Hashimoto and the i-58 would launch several keiten from December 1944 until the end of the war.

On July 29, 1945, the navigation officer spotted a ship approaching from the East. Hashimoto knew it was an American warship, which he incorrectly identified as an Idaho class battleship. However, this was the heavy cruiser USS Indianapolis. The ship was on a top-secret mission delivering key parts and nuclear material for the Hiroshima and Nagasaki atomic bombs.

Curiously, the ship wasn’t zigzagging to evade submarine attack despite the Americans knowing Japanese subs were in the area. Taking advantage of the opportunity, Hashimoto submerged the sub, firing a spread of six types of 95 torpedoes at two-second intervals. Hashimoto decided to attack again, but as the next torpedoes are being loaded, the Indianapolis capsized and sank.

Out of the 1195 men on board, approximately 300 went down with the Indianapolis. 890 more men would die from dehydration, exposure, and shark attacks before survivors were rescued 4 days later.

The incident resulted in the greatest single loss of life at sea from a single ship in the history of the US Navy. It was also one of the final significant victories of the war for Japan’s submarines.

Tetsuzō Iwamoto is Japan’s official highest-scoring ace. He was deployed to join the war in China in 1938. By the time he went back to Japan, he had 14 kills to his credit, making him the highest-scoring pilot of the conflict.

He would then rejoin the fleet for the attack on Pearl Harbor, participate in the crucial battle of the Coral Sea claiming several Wildcat fighters, and defend Japan in a near relentless Allied onslaught. He was also tasked to train Japanese fearsome kamikaze pilots.

After the war, Iwamoto wasn’t initially recognized as Japan’s leading ace. However, post-war research tilted in his favor, and he was officially credited with 80 kills in WWII and 14 kills in China.

There are many lethal kamikaze attacks, but perhaps one of the most successful was carried out by Kiyoshi Ogawa of the Imperial Japanese Navy.

In May 1945, the allies were closing in on the Japanese home islands. One of the crucial aircraft carriers deployed near the island of Okinawa was the USS Bunker Hill- the same ship Ogawa was forced to attack.

Following his lead, the two of them approached their target in their Mitsubishi Zero fighters, carrying a single 550-pound bomb. Interestingly, despite having defensive forces around the carrier, the kamikaze pilots weren’t spotted until it was too late.

His leader, Lt. Yasunori, released his bomb onto the deck before slamming his plane into the American ship. The bomb slammed into the wooden deck and into the sea where it exploded. Yasunori’s plane destroyed up to 34 armed and fueled American planes.

Moments later, Ogawa made his attack releasing a bomb, it smashed through the deck. But unlike the Yasunori’s bomb, it exploded on the ship, killing numerous airmen and sailors. All in all, 353 crew members of the Bunker Hill were killed, and many more were injured.

The ship was forced out of the war, and Ogawa’s attack was a major success for the kamikazes. It was considered the most devastating suicide attack in the Pacific war.