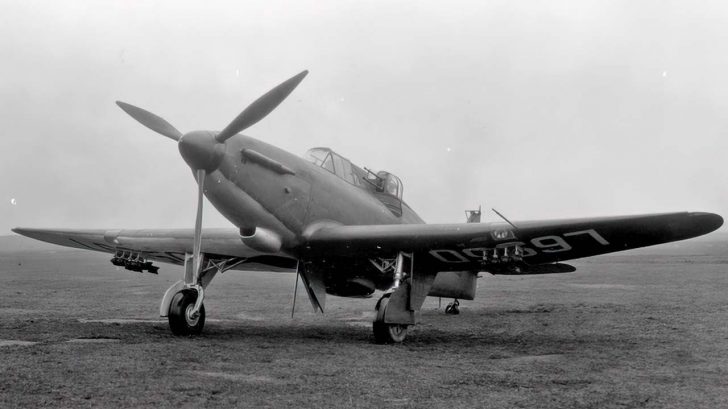 1. Designed As An Interceptor

A Defiant’s mission was simply to be an interceptor. They were to fly underneath or beside the Luftwaffe and focus fire on one plane, bringing it down, and changing their focus on another. To do this, the plane had to be fitted with four .303-in Browning machine guns on the back of the cockpit controlled by the gunner.

During the first weeks of its introduction, the Luftwaffe mistook the Defiant for a Hawker Hurricane. The latter had no rear-facing guns, leading the German pilots to believe attacking the Defiant on the rear was a good plan. After the Luftwaffe suffered many losses, they quickly changed tactics to outmaneuver the Defiant which rendered it almost useless against faster planes.

One weakness, aside from its slow speed, is the absence of forward-facing guns. In daytime missions, the very maneuverable Bf 109s could easily shoot down Defiants when approaching it head-on.

An improved variant called the Defiant Mk II had an AI Mk.IV radar and a new Merlin XX engine. These new improvements helped the aircraft during nighttime operations. Before the variant, they relied on eyesight and searchlights to spot enemies in the dark.