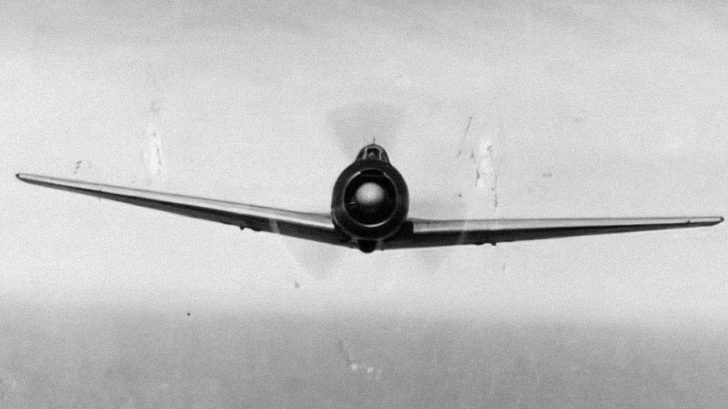 When pilots were to deploy the Ki-43’s elongated flaps at high velocity, the Hayabusa’s nose would pitch up with little effect on its drag. The plane’s well-documented proficiency in turning was possible by doing this, resulting in its turning angle shrinking dramatically when deployed.

2. Entered The War Without Armor

The reason why the Hayabusa was nimble, was because of its smaller airframe, smaller engine, and the exclusion of valuable armor. The cockpit had virtually no armor and the plane didn’t use a self-sealing fuel tank. Without these, the nimble Ki-43 easily broke apart with just a few hits.

In its initial stages, Allied forces were unable to comprehend such an advanced aircraft. It was more nimble than the Zero and packed quite a punch. At one point, Allied pilots would opt to rather flee than engage the then-unknown Ki-43 in battle which helped the Japanese gain air superiority for some time.

4. No Chance Against New Generation of Allied Fighters

The Hayabusa’s reign was soon overwhelmed by Allied technology. It found itself up against fighters with higher speed and better armament. Against the P-38, the Ki-43 couldn’t survive the Lightning’s 12.7 mm machine guns and 20 mm autocannon.

In a last-ditch attempt to protect their motherland, the legendary aircraft was fitted with explosives and given to young inexperienced pilots to be used for Kamikaze attacks. What was once an important aircraft became the likely candidate for such missions.