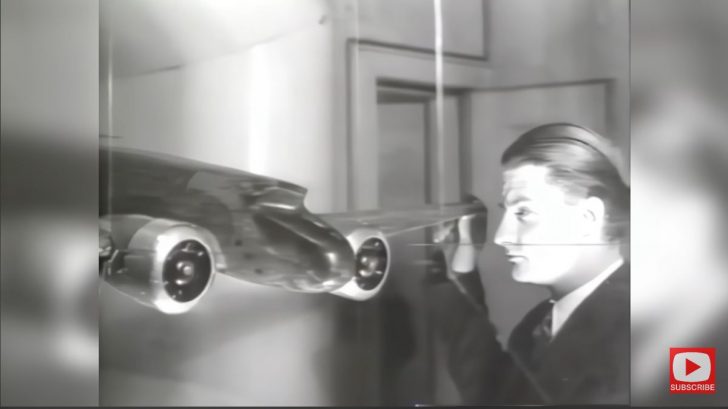 Clarence Leonard “Kelly” Johnson was perhaps the man who changed the world of aviation forever.

He was notably known for his significant contributions to numerous aircraft designs that made aviation history again and again.

Here are ten interesting facts about him:

1. He was nicknamed “Kelly” by his classmates

This was because of his quick temper, stubborn tenacity, and unwillingness to back down from a fight, even against overwhelming odds.

2. Johnson became the sixth member of an engineering department in an industry that couldn’t afford specialists

He worked simultaneously as an aerodynamicist, stress analyst, weight and wind tunnel, and flight test engineer. Kelly also spent long hours getting hands-on production experience and learning first-hand the importance of designing production into an airplane.

It was a real-world education in airplane design and development.

3. He also worked for the most notable figures in aerial aviation, such as Amelia Earhart

This lifelong experience gave him the conviction that the designer needs to test his own airplane. As a flight test engineer, he would log on for more than 2,300 hours.

This included the first practical application of Fowler flaps, which both increased the lifting surface of the wings and served from its slower, shorter distance landings. This won him the 1937 Lord Sperry Award.

5. The following year, the high-speed and innovative features of the model 14 attracted the interest of the British in its potential to be an anti-submarine patrol plane, but it needed a significant re-design

Johnson worked around the clock for three days, transforming the model 14 into the Hudson bomber. The British ordered an initial batch of 250 aircraft, which was the largest production order received by an American company at that time.

6. During WWII, he and his team were tasked to design the P-38 Lightning that shot down and intercepted enemy fighters and bombers from Berlin down to Tokyo

The P-38 did so well in combat. The versatile fighter that combined both speed and load-carrying capability proved adaptable to various combat roles.

Furthermore, its long legs made it excellent in the vast Pacific, destroying more enemy planes than any other Allied fighter.

7. By the end of the war, Johnson and his team delivered the first operational jet-powered fighter, the Lockheed P-80 Shooting Star

Tasked with developing an aircraft on the new Halford H.1B turbojet engine, which could compete with Germany’s Messerschmitt Me 262 Schwalbe, Johnson had gone from the drawing board to the first batch of operational P-80s in just 143 days.

8. During WWII, Kelly Johnson and fellow engineer first created what was to become the Lockheed Skunk Works

Nowadays, Skunk Works is synonymous with the most advanced planes ever to take the skies.

However, back then, this was nothing more than a walled-off part of a factory where Johnson and his team came up with new modifications for the P-38. They would eventually develop the 400-mile-per-hour fighter, the XP-38.

9. He and his team again received a seemingly impossible assignment, a plane that could fly so high it could avoid being shot down and detected

The Skunk Works responded with a design that could fly as high as 75,000 feet with a 1,600-mile range. While the Air Force rejected it, it garnered the attention of the CIA.

President Eisenhower placed his sights on Johnson’s unusual aircraft design and was given the contract to build a high-flying spy plane. In eight months, Johnson and his team delivered the U-2 Dragon Lady.

10. All in all, Kelly Johnson had a hand for approximately 40 aircraft for both commercial and military purposes

The engineering genius also received countless rewards and credits thanks to his engineering prowess. He even turned down the presidency of Lockheed three times just so he could retain his role at Skunk Works, which he is passionate about.