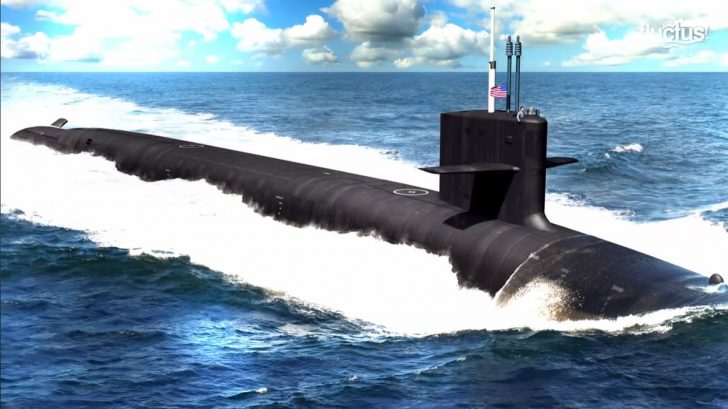 The first military submarines weren’t introduced until WWII. Since then, the need for submarines has increasingly grown, especially with the dawn of intercontinental ballistic missiles.

The US has been recently developing the Colombia Class ballistic missile submarine (SSBN) to eventually replace its predecessor, the Ohio-class submarines.

Find out why the US is switching to this massive $9 Billion nuclear submarine- the new Colombia-Class vessels:

1. According to estimates, Colombia-Class vessels will be the most advanced and quietest subs ever made

These nuclear-powered subs will have enough fuel to stay on course for up to 30 years, unlike its predecessor that needs mid-life nuclear refueling. Thus, it could save an estimated $40 billion over the life of the class.

2. It has an expected 42-year service life

Every sub will carry out 124 deterrent patrols throughout its entire service life.

3. The Navy planned the Colombia-class to be equipped with the most “up to date capabilities and stealth”

It will feature sail-mounted dive planes, and some of the most advanced tactical technology in the world.

A total of 12 submarines are planned. Every sub will feature 1 missile tube, each carrying one Trident II D5LE missile.

4. The Colombia-class submarines are going to be the biggest submarines ever built by the United States

The subs will be 560 feet long, and 43 feet in diameter. It has the same length as the Ohio-class design. However, it’s 1 foot bigger in diameter.

5. The 1 ballistic missile launch tube on the Colombia class is designed to replace the 24 tubes from the Ohio class

This decreases overall costs in construction, operations, and maintenance.