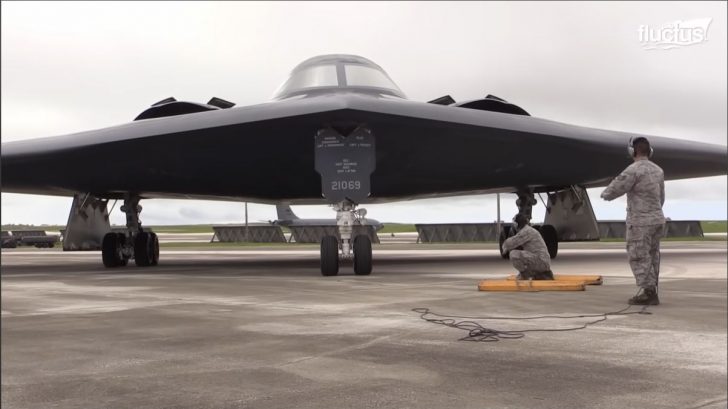 The B-2 Spirit Bomber made its first flight in 1989 and, since then, played a key role in the war efforts of the US. It also had undergone major upgrades over the years.

1. Due to the aircraft’s size and regular maintenance to maintain its stealth, every year, the US spends millions on plane upkeep

However, many claim it’s necessary because of the importance of B2’s mission.

2. Considered the US’ premier long-range strike bomber, it’s essential for the plane always to be properly loaded

The Whiteman Air Force Base conventional weapons team is so highly skilled that they compete in competitions such as the Global Strike Challenge.

3. The plane carries conventional or nuclear weapons and could hold a payload of 40,000 pounds

This is loaded by a team of experienced members of the 509th bomb wing.

4. It was classified as a “black” project

Throughout its entire design and development, the B-2 program required a secret clearance from all program personnel before it could be revealed to the public.

Staff that works on the B-2 needed a special-access clearance. They also had to undergo extensive background checks that the USAF carried out.

5. Northrop Grumman, an American company behind the development of the aircraft, constantly upgrades and enhances the B-2’s capabilities

It features extensive programmed depot maintenance ranging from complete restoration of the exterior surfaces to software engineering, development, and testing. Employees also provide engineering, logistics, and product support for the B-2.