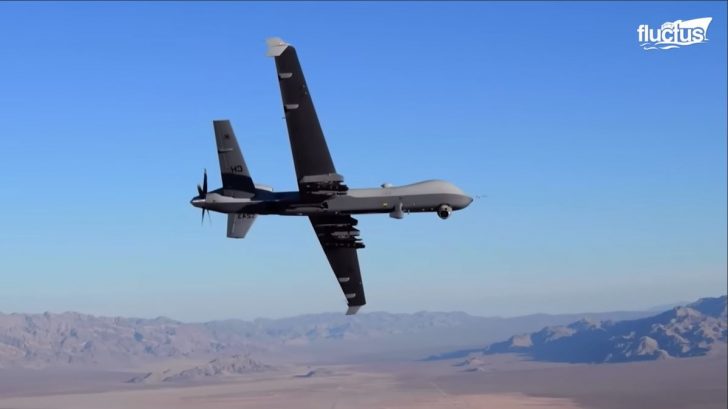 The future of aviation and war, in general, will increasingly rely on unmanned vehicles. This reduces casualties, increases precision, and longer mission times.

1. The General Atomics MQ-1 Predator was one of the first successfully remotely piloted reconnaissance and surveillance aircraft in the world

Previously, reconnaissance attack and defense required one or more pilots to engage in active combat. This put the crew’s lives at risk. Most missions are also limited to human endurance. However, when the Predator was first introduced in 1995, everything changed.

2. The Predator was later on upgraded to do multi-role functions

This included interdiction and armed reconnaissance after it was designated as the MQ-1 Predator in 2002.

The aircraft could fly for up to 24 hours and up to 25,000 feet. It could penetrate enemy airspace to give surveillance or launch AGM-114 Hellfire missile attacks to a multi-spectral targeting system.

However, as drone technology moves incredibly fast, it was retired in 2018 and was replaced by the MQ-9 Reaper.

3. The MQ-9 Reaper was a more versatile and advanced drone design

The new model was bigger, heavier, and more capable than its predecessor. One of the essential features of the MQ-9 is the ability to operate from various runways.

Modern drones are far from invulnerable. Thus, anti-drone countermeasures have been developed.

One of the most effective is the DroneDefender, the primary part of the system is handheld and looks a lot like a missile launcher. It can identify audio and visual signatures automated systems can’t always detect.

5. In 2009, the US Navy asked Northrop Grumman to develop drone technology that can be effectively used at sea

This led to the development of the MQ-8B Fire Scout, an unmanned helicopter drone that was small and versatile enough to stay in the air for up to eight hours, reaching 20,000 feet.

It also carries a precision kill weapon rocket pods facilitating attack and defense. In 2011, The X-47B was introduced, which is specifically designed for aircraft carrier-based operations.