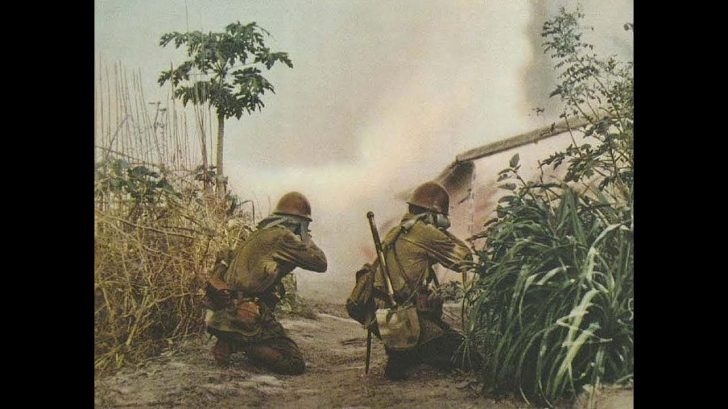 Ramree Island is located 70 miles south of Akyab and was deemed to be highly valuable due to its strategic location. The island could support air bases near enough for planes to fly over to the mainland. It was previously held by the British Army, but the Japanese took over the island in 1942.

Almost three years after getting kicked off the island, Britain wanted sole control over the strategic land once more. On January 21, 1945, Indian and British troops set out to invade the island. They brought much-needed support from HMS Queen Elizabeth, HMS Ameer, and countless RAF fighters and bombers.

Over 900 Japanese troops retreated and tried to regroup with a much larger battalion 10 miles away. Separating the two battalions was 10 miles of coastal mangrove swamp filled with snakes, spiders, and a whole lot more. By the time they emerged from the swamp, their numbers were almost cut down in half.

Spiders weren’t the only creepy crawlers that haunted the Japanese men. The island of Ramree is home to monstrous saltwater crocodiles that reached 17 to 20ft in length and 1,000 to 2,000lbs in weight. After arriving at the swamp beaten down, ill, injured, and exhausted, they stood almost no chance against the wildlife.

Around 500 troops emerged alive from the swamps. Most of the deaths accrued by the Japanese came from dehydration, starvation, and diseases. On rare occasions, a crocodile would injure a healthy soldier or eat a dead one’s body.