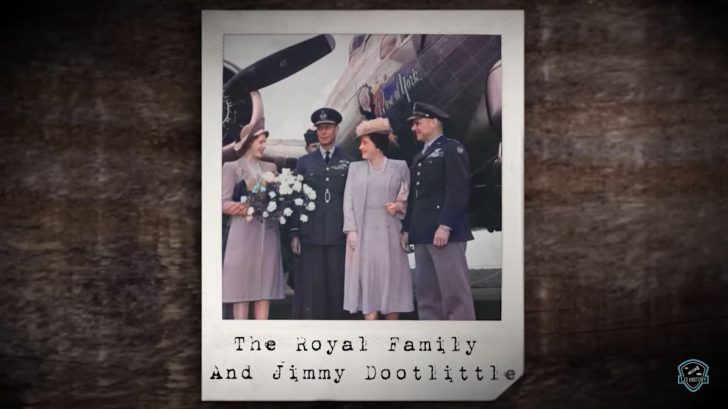 Everyone knows the late Queen Elizabeth II. However, not many people know that she actually had combat deployed B-17 bomber that the US Army Air Force honored her with.

Played a Key Role in the War Effort

In 1936, then Princess Elizabeth became first in line to the throne. Being a key figure in the royal family, she played a vital role in the war for propaganda and morale purposes.

The young princess made an effort to aid the war efforts in whatever way possible.

As the war went on and she became an adult, the young Elizabeth began visiting troops and service members across England.

These visits would go on throughout the war. One of these would involve visiting the 306th Bomb Group, which had decided to name one of their B-17 bombers after her.

However, this move wasn’t met with approval from officials, fearing the consequences of naming an aircraft directly after a member of the royal family.

It was also believed that there could be negative propaganda if the aircraft were lost in combat to the enemy, which could claim it on their end as a “major victory.”

The aircrew, not fully wanting to abandon the idea, changed the plane’s name to the Rose of York. This was accepted, and the title was then added to their B-17. The young Princess Elizabeth would even christen the new B-17 herself.

The Rose of York would go on to do some of the most gruesome air combat in the war. The famous B-17 would complete 62 missions over Europe in the next six months.

The initial crew would complete their tour with flying colors and be later relieved by a group of American airmen.

On February 3, 1945, The Rose of York and the rest of the 306th were given a mission where they had to fly across many miles of German territory littered with anti-aircraft units that were desperately trying to defend their nation.

On the first leg of the journey, all went well. Unfortunately, a well-aimed round hit the Rose of York when she released her payload, causing significant damage to the airframe. Yet, she carried on and planned to return back to England.

However, during the return flight, the Germans knew that the B-17s would be passing back to their territory. The intense flak got worse, and another anti-aircraft fire hit the aircraft, causing it to lose its altitude fairly quickly.

The Rose of York would make her final radio contact where her crew reported they had lost one of their four engines, and another was streaming fuel. Tragically, no one would hear from the crew ever again.

The plane’s fate wasn’t fully known as the aircraft’s wreckage was never found. However, it is believed that when attempting to fly back home, the Rose of York crashed into the channel. Nine American airmen were likely killed in the crash, along with a BBC War correspondent.

Still, the legacy of the plane lives on, and her combat record stands as a compelling tribute to Queen Elizabeth II, the Rose of York.