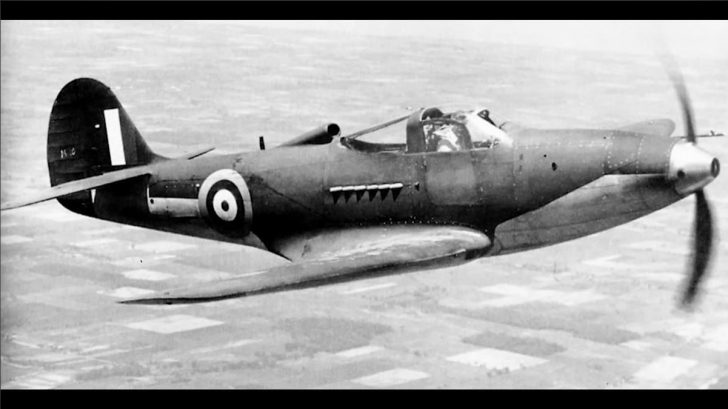 The Bell P-400 was initially known as the “Caribou.” However, it was more commonly known as the Airacobra I. But as far as the British Royal Air Force was concerned, it didn’t live up to their expectations.

Here are the five facts you need to know about Britain’s Airacobra:

1. It was equipped with 20 mm cannon in the nose because, at that time, the 37 mm gun used on US aircraft was banned for export

However, 20 mm with an armament of six machine guns was a pretty respectable armament by 1940 standards.

3. When the first three aircraft arrived in the UK in July 1941, test pilots were in for a bit of a shock. It turned out to be an inadequate high-altitude fighter

It was found that the aircraft could only manage 355mph (571kp/h) despite Bell’s promise that could be capable of up to 400mph. Not to mention that the aircraft’s performance dropped rapidly above 13,000ft.

4. Another issue with the aircraft was that the nose-mounted armament and the mid-mounted engine were awkward to get to

The armorers also got in the way of the refueling crew. All of these factors affected the aircraft’s turnaround rate.

5. Overall, the RAF was not happy with the aircraft

The British ended up with a large number of planes they didn’t want. Fortunately, with WWII going on, there were many countries in desperate need of fighter aircraft.

Although most of them were used in training, a large number were also dispatched to the Pacific. There, they fought during the Guadalcanal campaign.