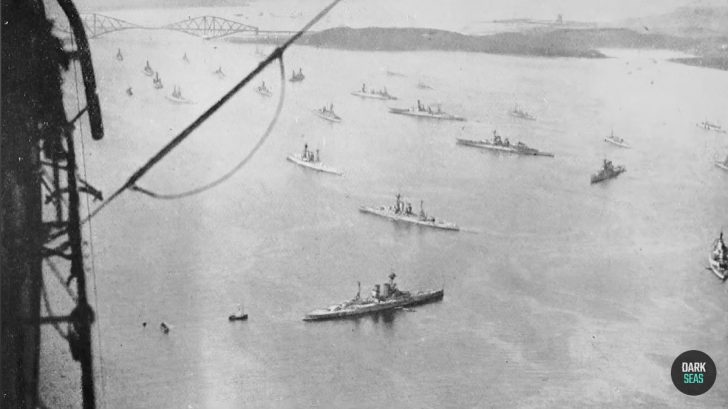 During the height of WWI, Germany’s High Seas Fleet came head-to-head with the Grand Fleet of the Royal Navy, making it one of the biggest battleship battles in history.

The Germans knew that their high seas fleet was inferior to the British Grand Navy. The British, in turn, didn’t feel compelled to unleash their grand fleet into the northern sea.

It was not until Vice Admiral Reinhard Scheer that this peace was threatened. He devised a plan to lure a smaller section out to the sea and destroy it before the rest of the British navy could do anything.

Scheer wanted to split the massive grand fleet. On April 25, 1916, he ordered the shelling of Great Yarmuth. He expected that some of the British will send some of its units south, where Germans were waiting to attack.

The Second Part of the Trap

With the smaller fleet heading south, the second part of Scheer’s trap. The plan was once the smaller fleets engage, they would preclude the Brits with the entire force of the higher seas fleet, destroying them in one swift attack.

While Scheer’s plan was well-organized, he didn’t know that the signal relaying orders was intercepted by British intelligence.

He had no idea that his plan would be interrupted by an ambush of over 151 ships and sixty thousand men, which would eventually become the greatest naval battle in history.

Initially, the Germans had the upper hand, delivering significant blows to Beatty’s forces. Learning that the entire German fleet was participating in the battle, Beatty withdrew, making the Germans think he was retreating. What they didn’t know was that he was luring them north in the full might of the grand fleet, composed of about a hundred warships.

It was the torpedo boats that saved the German fleet from complete destruction, sacrificing themselves to let the high seas fleet survive. In the end, the British fleet was victorious, but it came at a high price. The British suffered more losses than the Germans in terms of ships and sailors. Three cruisers, three battle cruisers, and eight destroyers were sunk. British casualties were also double that of the Germans.