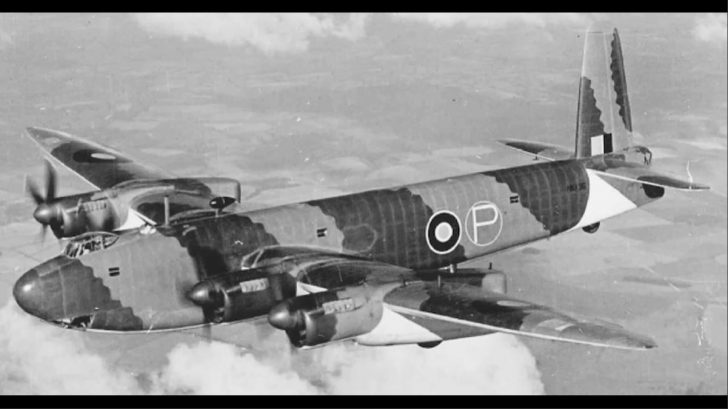 The Vickers Windsor was an RAF heavy bomber during WWII, featuring the now famous ‘geodetic’ structure.

Here are five facts that you need to know about this unique aircraft:

1. The top speed achieved by the aircraft was 317 miles per hour

Although not as fast as initially specified, was a significant improvement for the current generation of heavy bombers.

2. The Windsor used geodesic methods that were unique to several aircraft construction techniques

Instead of using beams to create the airframe and aircraft skin around geodesic design used a lattice framework of light alloy to build the structure, removing the need for internal beams as the outer basket weave gives the aircraft its rigidity.

This lightens the plane, frees up internal space, and gives ample strength and resilience to damage.

3. Its body was surprisingly bulky

The plane has very little ground clearance and was because of the recognition that the initial 8,000-pound payload specification was too light. Thus, extra capacity was designed.

It was very responsive for such a massive aircraft, with relatively few issues.

The Windsor was made up of two forward-firing 303 machine guns in the nose and two bar bets on the rear of the outermost engine. Each would contain two 20 mm cannons, directed by the rear gunner positioned at the tail of the aircraft.