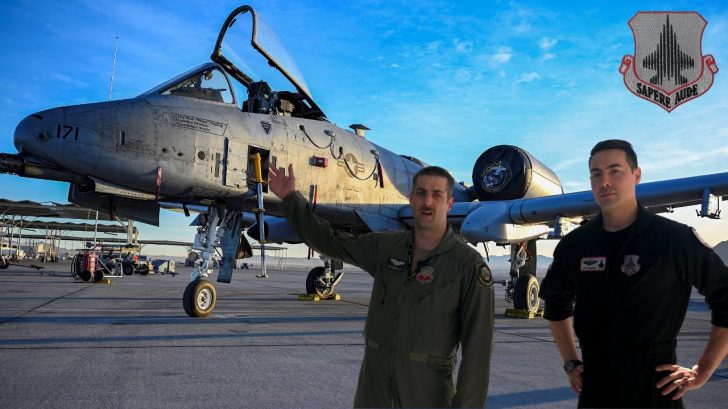 There’s More To It

By now, almost everyone knows how excellent the Warthog’s gun is in combat. However, this magnificent gun isn’t the only thing that makes the Warthog one of the best in the business.

The A-10 has a payload capacity of 16,000lbs. Nowadays, the capability of warbirds to carry various weapons can make or break the aircraft.

Its wide variety of missiles, rockets, and bombs can wreak havoc on its enemies. These include air-to-air missiles, air-to-surface missiles, laser-guided bombs, smart bombs, and more.

Constant and accurate communication with the ground troops and the control center is vital to make the A-10 pilots’ lives easier on the battlefield.

Crews can rearm, refuel, and reload the gun with the engines running on a dirt strip or dry lake bed. The single-point refueling mechanism of the A-10 can be found on its ring wing root.

Landing With Gear Up

If needed, the A-10 can still land if the landing gear is damaged. The Warthog’s wheels are still exposed and have full braking action even while unresponsive.

Laser-guided rockets were first introduced to the A-10 back in 2013. AGR-20s have an effective firing range of almost 7 miles – all while being accurate and deadly.

These tank busters are the perfect complementary missile to the A-10’s Avenger. There’s a reason why it’s the most widely produced precision-guided missile in the West. The Maverick has camera, IR, and laser-guided variants for all types of missions.

Inside the cockpit are two multi-function color displays connected to the targeting stations, weapon systems, and the HUD for efficient and accurate payload delivery.

Pilots wear an HGU-55/P helmet with the Hybrid Optical-based Inertial Tracker. This add-on allows pilots to use their helmet-mounted cueing system. On the battlefield, friendlies are colored green, while targets show up red.