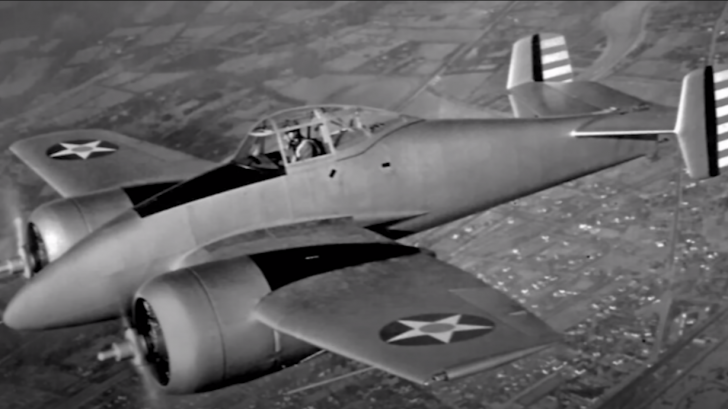 Unlike its predecessor, the XP-50 actually had a nose. Its nose allowed it to house a nose wheel, giving it a tricycle landing gear configuration instead of the usual “tail dragger.” The new configuration offered better visibility and significantly reduced ground looping.

If the XP-50 were to be commissioned, the aircraft’s nose would be the home of its armament. It would have had two 20mm Hispano-Suiza cannons and two 50-cal Browning machine guns. In addition, its wing racks could be fitted with a carriage that could carry two 100lb bombs plus a .50-cal machine gun mounted on each wing.

One little issue with the aircraft is its relatively small engines. The Wright R-1820 9-cylinder single-row radial engines were different from the twin-row radials or water-cooled inline engines of standard fighters. Nevertheless, it was fitted with turbo superchargers, making it capable of producing 1,200 hp each.

According to test flight pilots, the XP-50 had excellent handling and performance. Its estimated top speed was 424 mph – about a hundred miles per hour faster than the Japanese Zero. The “Skyrocket” also had an exceptional estimated rate of climb of 4,000 to 5,000 ft/min.

The only prototype built crashed on May 14, 1941, on its 15th test flight. During the flight, one supercharger exploded which severely damaged the plane. The pilot successfully bailed out and was unharmed after landing. Meanwhile, the aircraft crashed into Long Island Sound and was subsequently lost.