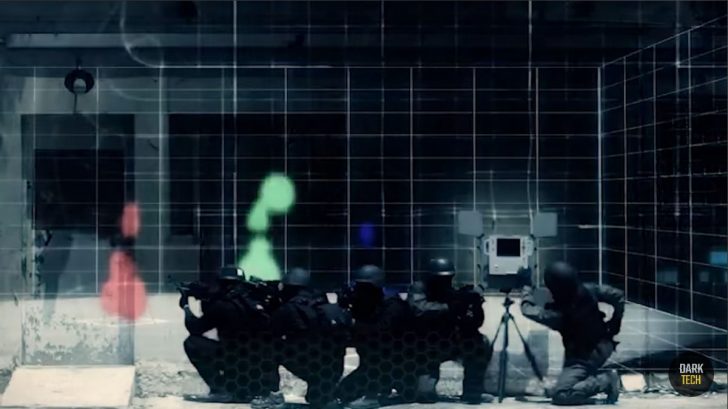 The  XAVER 1000 is a next-generation radar that can “see” through the walls. It also has the capability to surpass traditional operating capabilities.

The XAVER 1000 is the newest addition to the XAVER series developed by the Camaro Tech Corporation in conjunction with the Israeli government. The company has been developing military awareness solutions branded under the name XAVER for several years.

These devices use radar technology to give their operators greater awareness of enemy positions behind walls.

The XAVER 1000 promises to take the technology to new heights, with a much broader range, more detail, less latency, and the ability to map the building aside from identifying enemy personnel, and possible friendly units.

The system is easy to use and requires minimal training. Using the touchscreen attached to the device, operators can easily distinguish the human form from the people inside the building. The program can track every individual and differentiate them.

The XAVER 1000 also allows the precise identification of limbs and other body parts. Thus, the operator can not only detect the people inside the building and their positions but it can also know what their hands and feet are doing and whether or not they’re holding any weapons. The device also creates accurate 3D maps of the rooms inside a building.

The Technology Behind It

Despite showcasing formidable product capabilities, Camaro Tech has remained highly secretive about the technologies that make the XAVER 1000 possible.