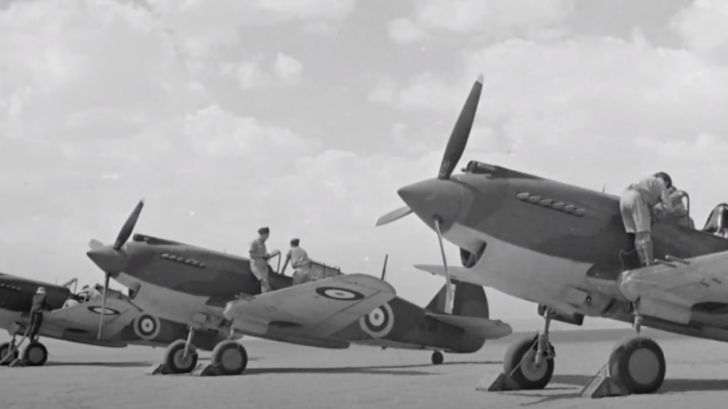 P-40s turned better at high speeds than the Zeroes. Moreover, it was slower to climb but faster in a dive. Though the Zero was generally quicker and had better handling qualities, it often lacked firepower and sturdiness. If the P-40 could dive into the Zero, fire its machine guns, and zoom away, it would win. However, they would lose if they were dragged into a slow dogfight.

The P-40 was a high-speed, low-altitude, six-gun sledgehammer of a plane, often misused by squadrons that used it. However, the Royal Australian Air Force pilots played into the aircraft’s strengths. Though it continued to take fairly heavy losses, it still inflicted an equal amount of loss on its opponents.

Its poor handling characteristics aside, Soviet pilots would still use the P-40 for training and conducting tests. A pilot’s performance while operating the aircraft was often used to determine if they were sharp enough to progress to more advanced fighters as the war raged on.

Soviet P-40s eventually proved themselves useful in ground attack missions due to their durability. They were used to strike bogged-down tank columns, forward supply dumps, and even trenches. Some P-40s would return to base with an entire section of its wing missing!

One clear advantage of the P-40 was its availability. At the start of the war, the P-40 was one of the only aircraft the US had in mass production. It was rugged, easily serviceable, and suitable for rough airstrips.

A pilot by the name of Aleksey Khlobystov highly valued the P-40’s toughness in battle. While using his trusty P-40 in 1942, he rammed two German planes in one sortie. He used his starboard wing to bludgeon the Bf 110 and Bf 109 and still safely landed in one piece.

Many inexperienced pilots who started training in the P-40 were saved from hard landings, ground loops, and the occasional collision with other vehicles or buildings, thanks to the P-40’s ruggedness. It was also apparently easy to learn, which helped rush more men into combat with minimal training.

The Kittyhawk could carry a much heavier payload than its predecessor. It could take a 500lb load on the belly and up to six 50lb bombs under the wings. It did the job so well that it was given a new nickname: the Kittybomber.

Captain Joe Bloomer and the 318th Fighter Squadron turned his drop tank into a makeshift incendiary bomb by adding a set of fins, a hand grenade, and a detonator. To nobody’s surprise, this tactic did not go on for too long, and they were ordered to stop for safety reasons.

Japanese troops had limited anti-air defenses, meaning Kittyhawks were only getting hit by small arms fire as they completed numerous bombing and strafing runs. They also had the range and endurance to conduct multiple missions a day with minimal service work between sorties.