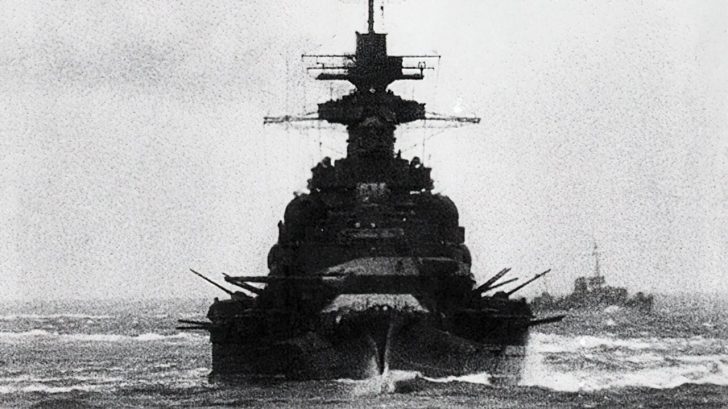 In 1941, British forces failed to enforce a blockade on the English Channel, allowing a huge German fleet to move through even the narrowest sections. The failure of the bomber command to land a hit or the Navy to hit a single torpedo made headlines. Here’s how it went down:

Their assets were limited and were only used to counter the strong British and American navies. However, they did have the Scharnhorst-class battleships: Scharnhorst and Gneisenau.

Between 1940 and 1941, the two ships sank 115,622 long tons of British resources. After their patrol ended, they made their way to Brest, France, for repairs. Scharnhorst’s boilers were damaged and needed ten weeks of repairs. Meanwhile, Gneisenau only sustained minor damages and was ready in a week.

Those who worked on the ships had to be German national citizens. Germany was afraid that French resistance members would sabotage the repairs done on the ship.

4. Spotted by a Spitfire

It only took six days before a British Spitfire spotted the two ships. Unsurprisingly, they immediately became the primary target of the RAF. The offensive lasted from January 10 to mid-April 1941.

Britain flew a total of 1,161 sorties specifically for the two German battleships. Meanwhile, Germany deployed smoke screens daily and reinforced its anti-aircraft defenses. The ships did get damaged, but Britain was unsuccessful in entirely disabling them.

6. Escorted by a whole fleet

The two ships had to be accompanied by Prinz Eugen, six destroyers, 14 torpedo boats, and 26 E-boats. They would then sail near the coast of France under the air support of the Luftwaffe’s 32 bombers and 252 fighters. Meanwhile, minesweepers were deployed to detonate mines and mark others ahead of the operation.

Germany blasted weak transmissions every morning for weeks to significantly degrade Britain’s coastal radar capabilities. British technicians thought nothing of it, thinking it was due to the morning atmospheric interference. Nevertheless, Britain still orchestrated Operation Fuller if ever the two ships left the French port.

8. A British spy tried to warn the Royal Navy

The vessels left the port under cover of darkness and terrible weather conditions. A British spy attempted to report the German heist but was unable to do so because Germany had already jammed radio communication. When the ships arrived at the channel, Luftwaffe bombers attempted to direct attention to themselves.

9. The fleet got through the narrowest part

When they reached the slimmest section of the channel, the Royal Navy had already deployed multiple Swordfish and motor torpedo boats to intercept the German fleet. However, they had no chance to even get near the ships – the size and firepower were too much.

Unfortunately, the combination of the bad weather and the fleet’s size proved too much for Britain. The German fleet arrived at Brunsbuttel the following day while Gneisenau made it to Wilhelmshaven. The two ships survived with minimal damage – the operation was an unbelievable success, leaving Britain shocked with what just transpired.