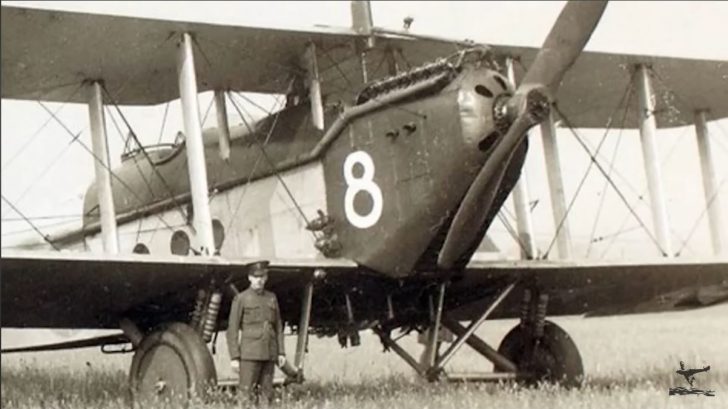 The Avro 549 Aldershot was Avro’s first post-war military aircraft and was developed as a long-range, single-engine heavy bomber. ‘

The Aldershot was powered by a single 650 horsepower Rolls-Royce Condor 3. It was also notably the first aircraft that features a metal fuselage structure.

The rear was clad in doped fabric, meanwhile, the front was covered in plywood. It accommodated a double-deck cabin. It had three-bay, slightly swept, folding wings, and for a single-engine aircraft, it was also considerably spacious.

The plane was designed to be moderately defended, carrying a large payload. A high set, variable incidence tail plane gave gunners a clear field of fire over and around tail surfaces. It also featured a forward-firing machine gun.

By January 1923, fifteen production aircraft were ordered as the Aldershot III. It was fitted with a Rolls-Royce Condor III engine, a lengthened fuselage, and an upgraded undercarriage. Internally, the plane carried a 2,000 lb. bomb load.

The Aldershot’s exceptional stability made the plane well-suited for nighttime operations. This was not common for an aircraft for its size.

While considered highly risky at the time, Aldershots excelled in their role, earning a good reputation with its crews.

Victim of Its Own Design

It only served with 99 Squadron for two short years. One of its last major outings was flying at the Hendon Air Show in 1925 where the entire squadron flew in formation.