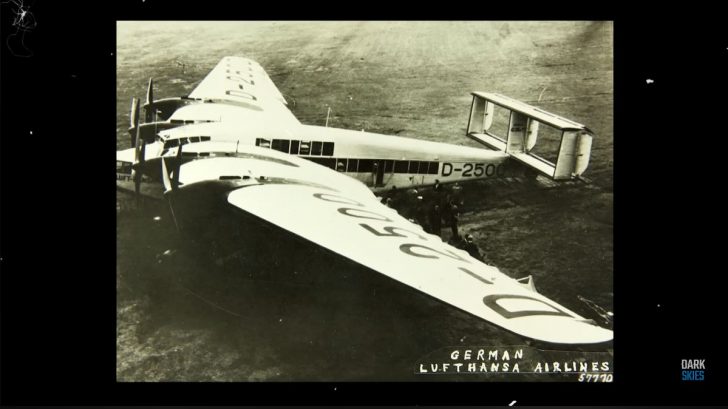 The Junkers G.38 is a massive German four-engine transport aircraft. Two were constructed in pre-World War II Germany and flew as commercial transport within Europe in the years that lead up to WWII.

But what set it apart, was how it was built. It was a mega bomber with windows on its wings. Here are ten interesting facts about this legendary warbird:

A fixed-wing aircraft’s wing and body structures are smoothly blended together with no clear dividing line. This technology pioneered by Louis de Monge proved to be very maneuverable and quiet despite its awkward appearance.

2. Its most outstanding feature was its ability to carry both payload and passengers in its 6-foot-thick wings

It had the sheer size and evolutionary static design that allowed payload compartments in the wings. Engineers took advantage of the giant blended wing and placed the wing’s center section to accommodate a passenger cabin on every side.

The wings were deliberately designed as deep and measure approximately 5.7 feet. Like other Junker aircraft before it, it had corrugated dialuminium-stressed metal skin.

3. Apart from the wings, the entire fuselage also offered plenty of space for freight and passengers

This was because it’s easily accessible.

4. One of its biggest problems was its engine design

It underwent several modifications, especially in the engine section.

5. At the time of its introduction, the G.38 is the largest aircraft in the world

During the 1930s, it represented the biggest land-based aircraft in the world for the brief period of its flying career.

Delivered on March 1930, the plane set world records including speed, distance, and duration for planes lifting a massive 11,025-pound payload.

7. It was considered Germany’s pride and joy

Only two G.38s were manufactured. Throughout the decade, both G.38 models have become a source of pride and joy for the German aircraft industry. Both aircraft flew commercial transports for Lufthansa within Europe.

However, it also comes with a hefty price tag in terms of the aircraft’s manufacturing, maintenance, and advertising tours. Numbers went as high as 2.2 million Reichsmarks, covered mainly by the German state.

8. At the outbreak of 1939, the remaining Junkers G.38s were used as heavy transport aircraft by the Luftwaffe

9. The second of the final model of the Junkers G.38 was spotted by the RAF where it met its grisly end

During the air raid done by the Royal Air Force’s Beaufighters of Squadron 252, crews spotted the G.38 where it met its end perpetuated by the RAF guns.

Meanwhile, the first model was crashed by a test pilot during a windy post-maintenance test flight while gliding at low altitude. Because of the extensive damage to the aircraft, the innovative yet costly plane was written off.

Mitsubishi had built and flown six aircraft in total in a military bomber and transport configuration that is designed as the Ki-20. It had a crew of seven men.