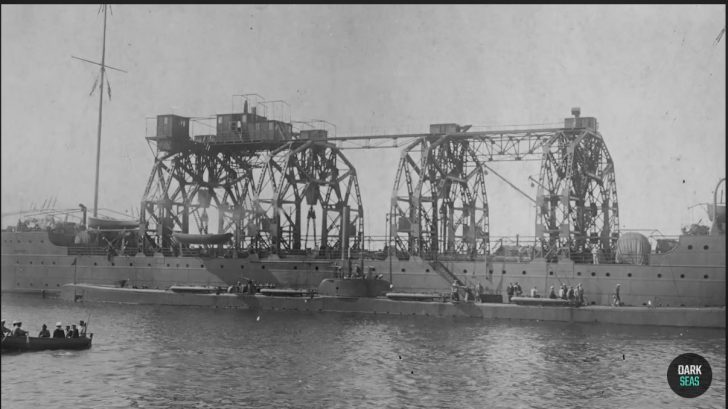 The Kommuna is a submarine salvage ship and the oldest active-duty naval vessel in the world.

Kommuna was the first Russian double-haul vessel that was conceived early in the 20th century. The ship was based on the innovative German SMS Vulcan. The ship could carry 10 spare torpedoes, 50 tons of fuel, and housed accommodation for 60 submariners.

She was initially called the Volkhov and had rescued sunken boats, operating as a submarine tender in between assignments with the Russian Navy until the Communist uprising in 1917.

The Salvage ship then participated with the Soviet Baltic Fleet in the Civil War and was then redesignated in the founding of the USSR in 1922.

The ship was renamed Kommuna, or commune, a more appropriate title for the nation’s drastically changed political outlook.

The ship would, later on, be refurbished as a deep submergence rescue vehicle or DSRV. At the turn of the millennium, the vessel was equipped with the British Pantera plus rescue submarine with a range of operation of up to 1,000 meters.

In 2012, she was in service with the detachment of rescue vessels in Sevastopol.

Throughout her career, the rescue ship has managed to raise over 150 vessels, among them submarines and other types. But the 110-year-old ship was far obsolete.

The Kommuna has been operated by the Russian Empire, the Soviet Union, and the modern Russian Federation. She was the oldest vessel in active service in the Russian Navy.