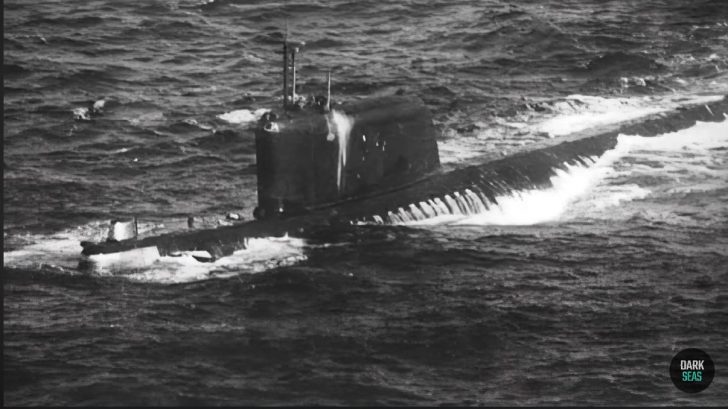 The K-19 was Moscow’s first nuclear-powered ballistic missile submarine and was Russia’s answer to the USS Nautilus. However, the production and testing were rushed and not even her captain believed she was fit for combat.

Here’s what you need to know about the submarine that turned into a ticking nuclear bomb:

In the Spring of 1961, the Soviet K-19 was tasked to conduct exercises in the North Atlantic. However, in the middle of a maneuver, it suffered a malfunction when a previously damaged coolant pipe burst.

The K-19, as was operating near one of the NATO bases in the Atlantic, an explosion, however accidental, could lead the US and the Allies to believe that the Soviet Union was attempting to start a full-blown, nuclear war.

Captain Zateyev asked for volunteers to break into the reactor compartment and fix the leak. Lacking sufficient gear to protect themselves, the entire crew knew whoever volunteered wouldn’t come back. Still, 21 brave men volunteered.

Thankfully, the team’s provisional coolant system was working. Then, a Russian S-270 vessel appeared at the last minute, evacuating the crew. K-19 was towed back to base.

Nevertheless, the engineering team had been significantly exposed to radiation doses via noxious gas and steam while installing the makeshift device. While a complete disaster was averted, this cost the volunteers’ lives within two years.

While the submarine was back in service a few months after the incident, bad luck followed her wherever she went. In 1969, she collided with an American submarine, the USS Gato.

Three years later, a fire led to 32 casualties. Soon after, the submarine earned its reputation as a cursed ship, earning the nickname Hiroshima. A year after the submarine was decommissioned, a Russian newspaper published a story confirming that the submarine had taken the lives of many crew members due to radiation.