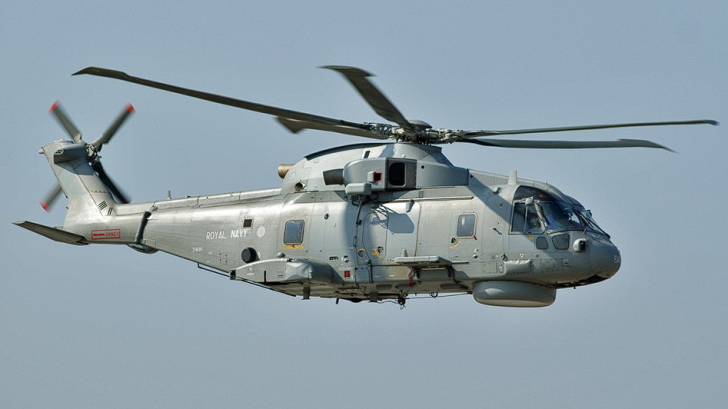 Here’s what you need to know about the AgustaWestland AW101, a medium-lift helicopter that’s been in service for more than two decades:

1. Can be flexed in other roles

When not performing search and rescue missions, the AW101 can be used for cargo transport and as a multi-purpose utility helicopter, with its MH1 variant able to lift 12,169lbs of cargo externally. For anti-submarine warfare, the aircraft can carry four Sting Ray torpedoes or Mk 11 depth charges.

One of its variants, the Lockheed Martin VH-71, was purposely designed to serve in the US presidential transport fleet. Included in these changes were its improved self-defense systems. Unfortunately, the program was scrapped in 2009 due to cost overruns and political opposition. The helicopters were then sold to Canada to be scrapped for spare parts.

The AW101 VVIP was the helicopter’s luxury variant to be sold to business executives and political figures. Countries such as Saudi Arabia, Algeria, Nigeria, and Turkmenistan have operated this variant before. In 2009, it was estimated that about 15% of AW101s sold were used for VIP purposes.

Three turboshaft engines power the AW101s, but the engines used can vary from version to version. 80% of them carry the Rolls-Royce RTM322 while others have the General Electric CT7. Regardless, if one of its engines were shot, its computers onboard would signal the remaining engines to make up the power difference.

Each of its three engines is fed by a dedicated self-sealing fuel tank that can each hold 1,074L of fuel. The tanks use dual booster pumps and a cross-feed system to efficiently deliver the fuel to the engines. In addition, its crews can add a fourth and fifth fuel tank as a reservoir supply if needed.

6. Most variants have self-defense systems

For defense, the AW101 is equipped with chaff and flare dispensers, infrared jammers, RF heads for electronic support measures, and a laser detection system. Other variants had FLIR imaging sensors on the side or armor that could withstand small-arms fire.

To further increase its service range, the AW101 can also be refueled via hover in-flight refueling. The helicopter hovers above a warship and receives fuel through a refueling probe. Aside from ships, tanker aircraft can also refuel the helicopter.

8. Equipped with a sonar array

The AW101 is also fitted with a FLASH dipping sonar array as part of its exceptional avionics. These low-frequency dipping sonars can detect, locate, and classify stealthy submarines in any environment.

Canada’s fleet of CH-149 was part of a mid-life upgrade project seeking to modernize their two-decade-old Cormorants. These changes include the newer CT7-8E engines, an advanced Collins Aerospace flight deck, and an Electro-Optical Surveillance System.

Like modern helicopters, AW101s can fly on autopilot thanks to their automatic flight control system. The AFCS is also linked to the aircraft’s flight management and automatic stabilization systems. In standard missions, the pilot can fly in this mode most of the time.