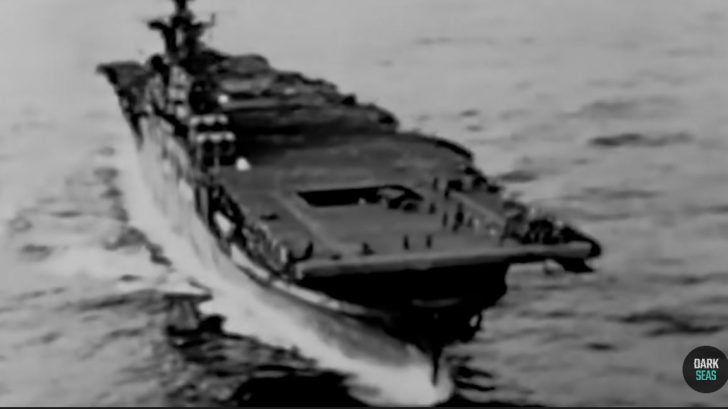 The USS Franklin aka the Big Ben, is an Essex-class aircraft carrier that served for the United States Navy during World War II.

Here’s what you need to know about the aircraft carrier that got too close to Japan:

USS Franklin was the first US carrier to get within 50 miles of mainland Japan during WWII. Despite Japan’s weakened defenses, a lone Japanese bomber managed to pierce the American fleet’s perimeter while hiding above cloud level.

The bomber then dropped from the clouds, diving directly into the deck. The enemy aircraft then dropped two 550-pound armor-piercing bombs on top of the ship. A destructive chain of detonations then ensued.

Despite the unfathomable desolation and thick smoke that covered the ship, several men refused to leave, returning to the burning ship to rescue their crewmates.

Its captain, Capt. Leslie Gehres, refused to sink his own ship and instructed the remaining sailors to flood as many magazines as possible, preventing further explosions.

Other US vessels began rescuing men that jumped offboard while several destroyers put their bows against the burning carrier saving those trapped by the fire.

Thanks to the efforts of many brave sailors, many of the 3,200 men on board the ship survived. However, it would also claim the lives of over 800 men, injuring another 265.

Despite its damage during the attack, it earned the reputation of being an indestructible ship. Meanwhile, the enemy considered her a ghost ship, claiming to have sunk her on three different occasions on the battlefront.