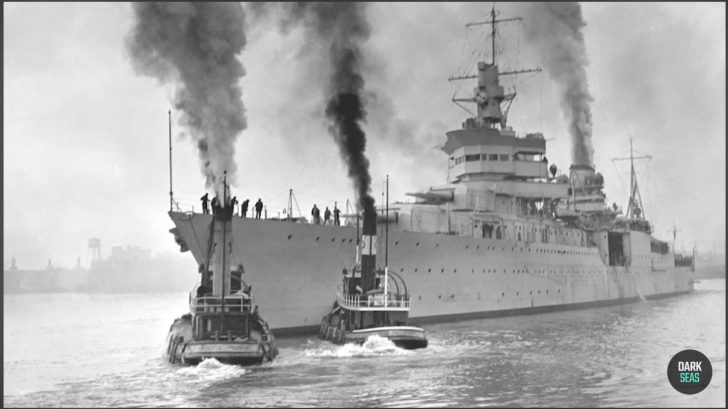 Even when the Allies defeated Nazi, Germany, the war continued in the Pacific. The defiant Japanese Empire refused to surrender. Thus, the Portland-class Cruiser, USS Indianapolis was chosen to undergo a top-secret naval mission.

The USS Indianapolis was the second in the Portland class of light Cruisers designed to be a fast and limber warship, designated as a light cruiser because of her thin armor.

Shortly before her launch, the ship would be upgraded with 8-inch guns and reclassified as a heavy cruiser.

On the fateful attack in Pearl Harbor, the Indianapolis would be spared as she had recently left the naval base, carrying training operations.

She was then integrated into the Navy’s Task Force 12, tasked to find and intercept Japanese carriers that had perpetuated the attack.

War in the Pacific

Indianapolis participated in several US campaigns in the Pacific. She mercilessly shelled and sank the Japanese 3100 long ton Japanese Akigane Maru, and supported the Mariana Islands landing during the Mariana’s Turkey Shoot.

Indianapolis was chosen to undergo a secret mission wherein neither the crew nor the commander knew the exact nature of the mission. The ship was to carry a load of unspecified cargo to Tinian Island.

In reality, Indianapolis was hauling the gun-type mechanism for the Little Boy atomic bomb, and about half the US’ supply of uranium.

Once it reached Tinian Island, the atomic bomb would be assembled, loaded into the Enola Gay, and dropped over Hiroshima in just a few weeks. Most of the crew never knew what they have transported.