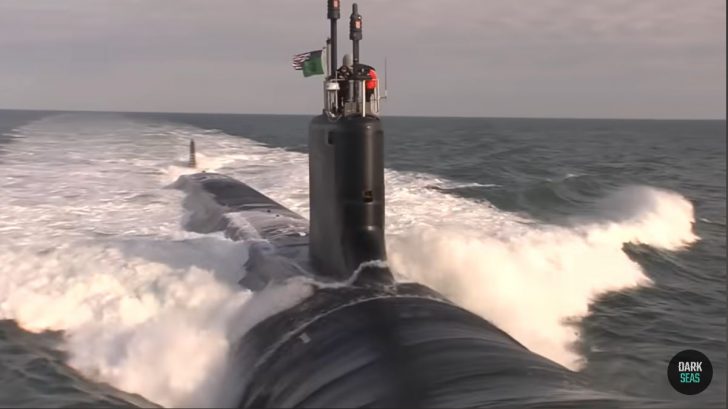 One of the latest vessels in the United States Navy’s arsenal is the Virginia-class nuclear-powered cruise missile fast-attack submarine. They’re also the first submarines in the world to be equipped with high-energy laser weapons.

The Virginia class is a type of nuclear-powered cruise fast-attack submarine. She provides the US Navy with the capabilities needed to maintain undersea supremacy in the 21st century.

At the Cutting Edge

The submarine has special features that support Special Operation Forces, depending on the mission. Traditional periscopes were replaced by two photonics masts that have 360-degree rotating cameras, catching anything on the horizon with high res black and white footage.

The submarine will also be equipped with a high-energy laser weapon (HEL.) Available information suggests that this weapon could be extremely powerful, with a range of up to 500 kilowatts, powered by the nuclear reactor of the submarine.

Without much available information, experts outside of the military speculated why the Navy wanted to fit lasers on submarines.

One of the possible uses is a modern defense mechanism against aircraft like drones and anti-submarine helicopters. It could also be intended for North Korean and Iranian speedboat swarms.

The Virginia class submarine has been updated numerous times since its conception in 1998. These innovations ensure that it will be affordable in enough numbers to satisfy the future nuclear attack submarine force level requirements.

The promising technology of this US program has not gone unnoticed in the international export market. Australia, the UK, and the US also announced the AUKUS trilateral security pact. With this agreement, the US agreed to share nuclear propulsion technology with Australia and the UK.

It is rumored that Australia may choose the Virginia design or use the majority of its nuclear propulsion technology in a new design. Back in the US, Virginia-class submarines are expected to stay in service until at least 2070.