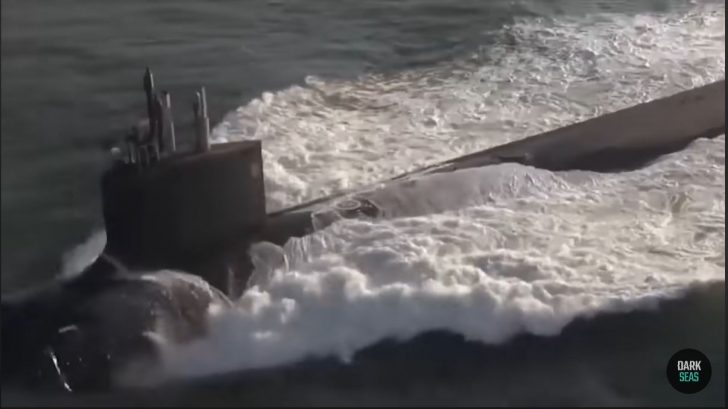 On October 2021, as the USS Connecticut submarine is making her way through unknown waters, the crew was unaware that the sonar was malfunctioning. By the time their sensors have already picked up an unidentified object, it was already too late.

The USS Connecticut was the second Seawolf-class submarine. First ordered in May 1991, she displaces over 9,130 pounds whole fully loaded, and is 353 feet long. She’s powered by the S6W PWR nuclear reactor, has unlimited range, and can make her way through the ocean at 35 knots while submerged.  .

Crashing into a Mountain

In the fall of 2021, disaster struck when the submarine collided with a mountain while on her way through the South China Sea. After the crash, the submarine made her way for Guam for damage assessment.

Pictures of the aftermath of the incident told a larger story. According to the US Navy version, only the sonar dome has suffered extensive damage, making traveling underwater unsafe.

According to USNI News, “the tip of the submarine’s bow had been removed.” However, pictures showed that more than just the tip was removed.

The Navy launched on official investigation to determine the cause of the incident. In May 2022, a redacted report about the incident was released. According to the report, the submarine was conducting a humanitarian evacuation at the time of the incident. However, other sources claimed it w as carrying a classified operation at the South China Sea.

Fail to Live Up to Expectations

The Navy also noted that there were command climate issues before the collision and the tense relationship with the crew and the commander’s staff. The report mentioned that Commander Camerion Aljilani was not up to demands of his post, and failed to live up to expectations, leading to the incident that could have been catastrophic.