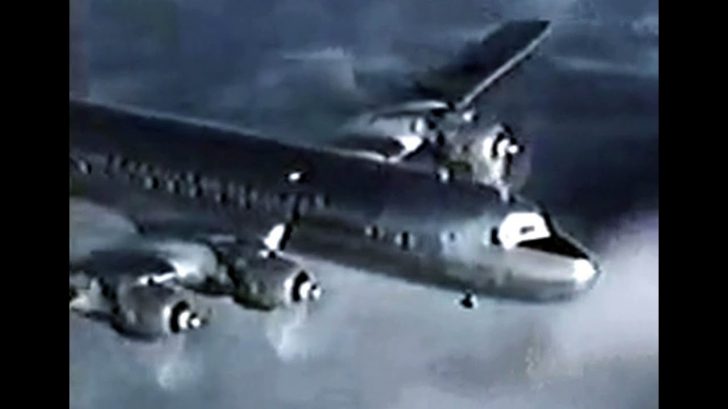 The Douglas DC-7 was an American transport aircraft developed by the Douglas Aircraft Company between 1953 to 1958.

Here are the ten interesting facts that you should know about the American Douglas DC-7:

1. It was the last major piston engine-powered transport made by Douglas

The plane was developed shortly after the de Havilland Comet entered service, and before the Douglas DC-8 flew in 1958.

2. Douglas was reluctant to build the DC-7 at first

The company was reluctant to build the DC-7 until American Airlines said they wanted 25 of them with a deal worth $40 million – more than enough to cover the initial development costs.

In fact, they had the same span. Meanwhile, the DC-7’s fuselage was 40 inches longer than the DC-6B.

4. It was the fastest piston-powered commercial aircraft in 1954

It boasted a top speed of 410 miles per hour, and an average cruising speed of 365 mph. Also, when compared to the Douglas DC-6 and Lockheed Constellation, the DC-7 flew 25 to 30 mph faster.

5. American Airlines was the first airline to offer non-stop coast-to-coast flights with this aircraft

The company was the first to offer non-stop coast-to-coast flights in the United States with the DC-7. Its rival airline, TWA was forced to offer similar service with the Lockheed L-1049 Super Constellations.

6. Pilots at that time were not allowed to fly more than eight hours

Pilots needed to push the limit of the aircraft’s engine so that the plane could arrive at the set time frame.

As a result, many engines tend to overheat and fail. This caused plenty of flights to be diverted to the nearest airfields.

7. The DC-7B was later on introduced

Pan Am used the aircraft during the summer of 1955 for transatlantic flights.

With the newer model, Pan Am could fly from New York all the way to London or Paris in just a span of one hour and forty-five minutes.

8. The DC-7 and the DC-7B initially held up to 69 passengers all in first-class seating

The exception is four DC-7Bs that featured an all-coach configuration that could accommodate up to 90 passengers.

Improvements were also made to the plane’s air conditioning and soundproofing for the added comfort of passengers.

9. Initially, the plane sold better than the Lockheed L-1649A Starliner

Later on, though, sales ran into an all-time low when jet engines Boeing 707 and Douglas DC-8 entered service in 1958 and 1960, respectively.

Unlike other Douglas propeller-driven aircraft, there’s no aircraft that remains flying today, unlike more successful models like the DC-3 and the DC-6. On February 1, 1968, Delta operated its final DC-7 service.

While they’re no longer operational, you could still three displayed on the following locations: