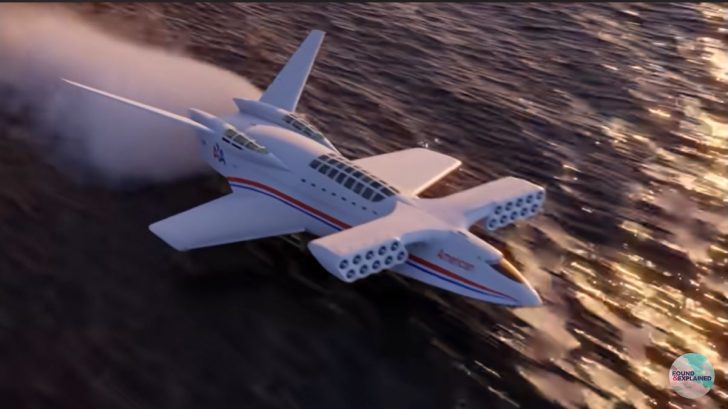 There are various wacky, wild commercial aircraft that never got built, making the planes that are built today pale in comparison.

Here’s a list of the fifteen commercial planes we nearly got:

This aircraft matched those from Boeing and Airbus at the time, but it had one secret weapon- it can fly vertically.

It features 16 fans built into its wings; this crazy plane design is believed to make air travel 10 times safer. But because of the oil crisis in the 1970s, this plane was deemed too costly.

The Lockheed L-500 was so huge that you can take your car with you as luggage and fly to Europe for only 75 dollars. However, it was deemed too heavy and too short range and the 747 beat it in terms of fuel economy.

The Boeing 747x would have not only been the largest passenger aircraft flying in the air. It was never built because technology moved too fast- Boeing wanted to bring these advancements to the Boeing 747 program.

This next-gen tech doubled the budget of the aircraft’s development to 5 billion US dollars, making airlines like Lufthansa walk away.

McDonald Douglas envisioned this aircraft to be utilized for transatlantic travel between London and North America. The concept of the MD-12 was launched in 1992 with so much fanfare, but despite the press, no airline came with a solid order.

This insane aircraft was designed in 1996, was bigger than the 747, and carried more passengers than the A380. It would also have dominated the skies.

The Aerocon Dash 1.6 t is a half-boat, half-plane. It can fly over the surface of the water under a bubble or pressure. It could have been far bigger than the planes we have today, and more fuel efficient.

But unlike other aircraft on this list, the plane was simply too big, too risky, or too expensive.

This futuristic aircraft was designed to be a subsonic aircraft flying just under the speed of sound around 10 to 20 percent faster than a normal jet aircraft. However, it was never built due to rising fuel costs.

The Sukhoi KR-860 was planned to carry over a thousand passengers using escalators to move them on and off the plane. It was the right blend of Western engineering and post-Soviet Russian Ingenuity but it never came to fruition.

The design was famous for having five engines on its tail. Unlike the planes on this list, the reason why this was never built was due to politics- the change of government in Argentina also changed the fate of this aircraft.

With only 87 passengers on board, its nose could open right up allowing passengers to disembark, and board in under five minutes. It can also land anywhere from grassy fields to deserts.

This plane would have been an absolute game-changer for European aviation. However, it was betrayed by those who first made orders to eliminate the competition.

Although not technically a plane, this train design is much more efficient, quieter, and much quicker than trains at that time could exit. The only issue is the rebuilding of rails to cater to this creation.

However, the technology never got far as a technological demonstrator, and they were also super loud, like a chainsaw.

Finally, the Tupolev TU-404 is definitely one of the most insane aircraft designs ever, coming from Russia. The aircraft would have either had six prop fan engines or six turbofans in the rear of the fuselage.

It could have fitted movie theaters, lounges spas, and more all with high degrees of noise cancellation. However, it never really made it past the concept stage.