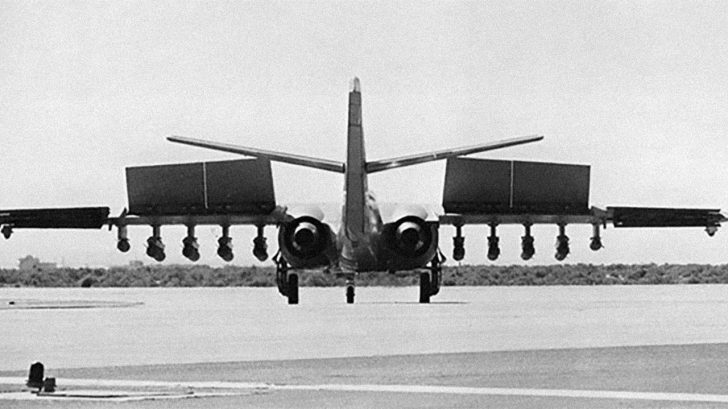 With the war in Indochina raging on, the US Air Force is struggling to develop a new aircraft to replace the aging WWII-era fighters utilized for close air support.

Without the right CAS support, men on the ground are able to fight the North Vietnamese forces.

With time running out, and the lives of Allied forces fighting over in the Vietnamese jungle at stake, the USAF planned to build a dedicated close support aircraft with the latest technological innovations.

While the 20-millimeter Vulcan is well-liked and a potent weapon against most targets, it had one defect- it was incapable of dismantling targets with thicker armor.

The USAF concluded that a rotary gun with a bigger caliber was important. Furthermore, the A-C aircraft needs to be fitted with a massive 30-millimeter rotary canon with the desired fire rate of over 4,000 rounds per minute. By 1974, the powerful gun was ready for combat.

Northrop’s YA-9’s unique design and its externally mounted nacelles reduced its signature from ground-based trackers and also enhances its survivability.

In case one of its two external engines were lost, the plane still had a fighting chance. The wing design also enhanced control when flying at lower altitudes, which is vital for the CAS role.

The two YA-A prototypes were then sent to NASA for testing before it was officially retired. The Lycoming engines were removed and used in a C8 Buffalo airframe as part of Boeing and NASA’s Quiet Short-Haul Research Aircraft study.