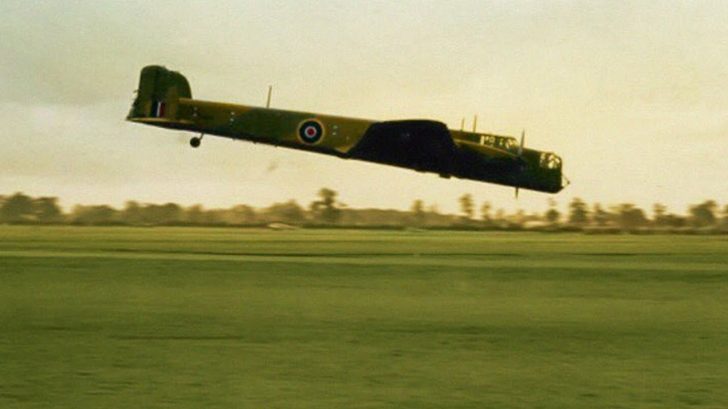 During the first night of the war, the Whitley had a crucial mission to bomb several German cities. However, surprisingly, as it approached its target, it didn’t precisely bombs that fell on top of enemy territory.

The  Whitley’s prototypes didn’t impress many, but this unappealing yet reliable heavy bomber excelled during the early years of the war.

The Whitley design was a conventional twin-engine aircraft with a cantilever monoplane with retractable undercarriage.

However, it was classified as a heavy bomber, earning the distinction as the first RAF aircraft with a semi-monocoque fuselage. Bur its most identifiable feature is its protruding “chin,” accentuated by the angle-down format of the cockpit and nose section.

The Whitley fleet was the first to fly over Germany on the fateful day of September 1939. It was also the only one from the twin-engine bombers created for night operations.

The bombers weren’t tasked to bomb German cities. Instead, they were tasked to drop thousands of propaganda leaflets to appeal to the population and convince them that they were on the wrong side of the conflict.

A Pleasure to Fly

Outperformed and vulnerable to enemy assaults, the aircraft was soon phased out, favoring the next generation of British and American bombers.

It was eventually withdrawn and retired in 1945 after an adventurous and pivotal career. It was also well-liked by its crews.

Overall, the plane was considered an ever reliable aircraft, giving the Royal Air Force the offensive vehicle when it most needed it.