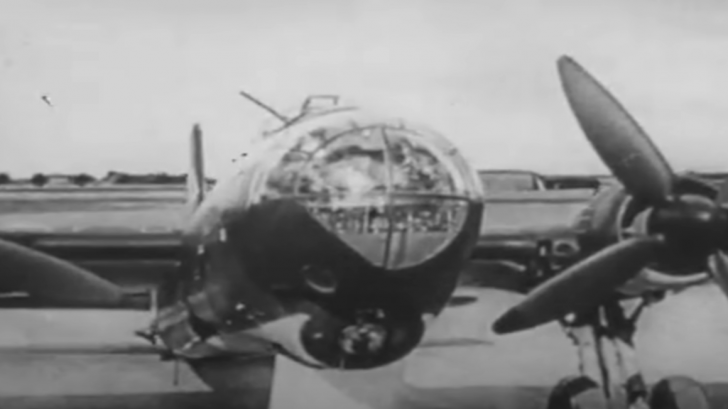 The Heinkel He 177 was Germany’s only long-range heavy bomber produced in significant numbers. Regardless, this aircraft would soon contribute to Germany’s defeat by sucking up enormous resources into an ineffective and compromised project.

Most of the crashes the He 177 suffered were from mechanical failures. Engine troubles plagued the aircraft, stemming from the Luftwaffe’s compelling idea to engineer a bomber that could also be used for moderate-angle dive bombing.

One of its biggest problems was the heat its four engines produced. Wing-based evaporation cooling systems weren’t strong enough to cool its four engines. This problem was accentuated by the fact that its engines were coupled together in two nacelles, each driving a single propeller.

Aside from engine and cooling problems, the bomber’s defensive armaments also encountered problems throughout its development. Its original design featured three remote-controlled turrets operated from the cockpit. The turrets were smaller, weighed less, and produced less drag – but it was still in development at the time. Instead, the engineers switched to manned turrets, which were larger than planned. The engineers hadn’t accounted for this change, and the bomber’s timeframe was again set back to accommodate the changes.

When it entered service, the Heinkel He 177 proved way more ineffective than imagined. Of the 13 missions it flew to bomb cities, seven He 177s were lost due to fires, not enemy fire. 14 He 177s were also sent to bomb Britain for Operation Steinbock. One burst its tires, eight returned to base due to engine troubles, while only four reached London.

Plane With Many Names

It was often named the Luftwaffenfeuerzeug or “The Air Force Lighter” due to how frequently its engines would catch fire. The bomber also picked up the nickname “The Flaming Coffin,” “One Way Bomber,” and “Volcano” during its tenure.