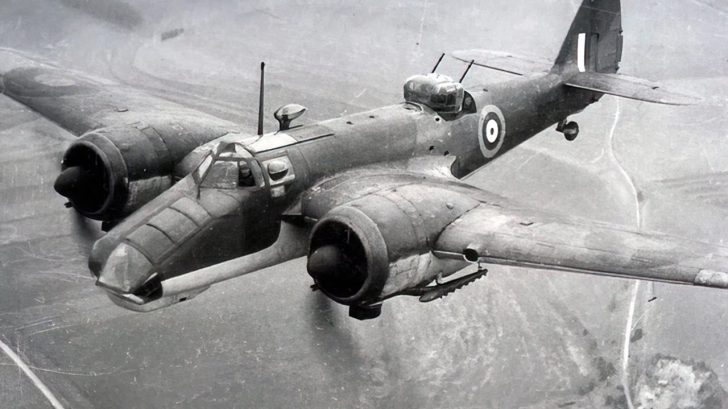 The Bristol Blenheim is a British light bomber aircraft that became the fastest commercial airliner in the world in the 1930s. It was also extensively used during the early part of World War II.

Here are five facts that you need to know about this medium bomber:

1. Over 1550 units of the Mark 1 were produced before more variants were introduced into service

The Blenheim Mark 1 had a crew of three. It featured a pilot, a navigator bombardier, and a radio operator air gunner powered by two Bristol Mercury 8 Pistol engines that produced 840 horsepower each.

Both the fuselage and the wing were built in three sections. The undercarriage was hydraulically retracted, featuring medium-pressure tires.

3. Several Mark IVs took off in the UK to participate in the Battle of France

Most Blenheim squadrons were torn apart by the Luftwaffe aircraft and failed to score considerable damage to the advancing German ground troops. There were over a hundred Blenheim losses in two weeks.

4. When the British expeditionary force was cornered in Dunkirk, the RAF was forced to send every available Blenheim

Some were Mark 1 variants that were only armed with one machine gun, and while almost all were lost, the Brits eventually succeeded in Dunkirk.

The upgraded Blenheims often served as rear guards of night bombing missions. Ultimately more than 40,000 Blenheims were produced by the British before retiring into service in 1956.