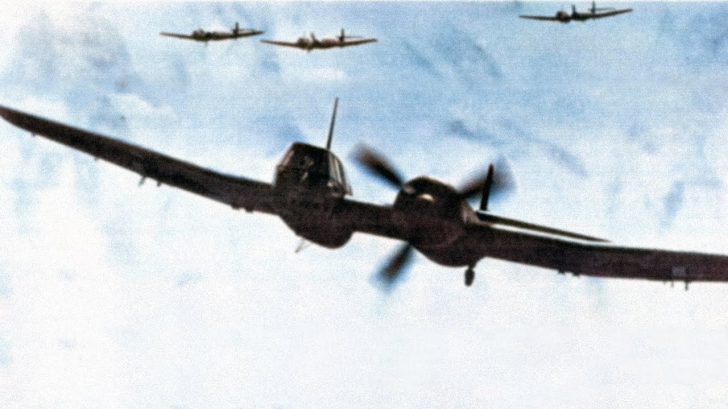 Blohm and Vohs’ creation, the infamous BV 141, was designed to be Germany’s reconnaissance aircraft in WWII. The strange-looking plane was in tight competition with the twin-engined, twin-boom Fw 189 before it lost the contract. Here’s what you need to know about the Luftwaffe’s uncommon reconnaissance plane.

The Bv 141 was aerodynamically efficient even though it had an unorthodox design. Its crew was housed in a gondola on the starboard wing, while its fuselage was located on the port side. The starboard’s tailplane was also removed to improve the rear gunner’s field of view. The aircraft’s tendency to roll was negated by the lift generated from its wings.

Two 7.92mm MG 17 machine guns were fitted in the forward nacelles and were operated by the pilot. For rear defense, an MG 15 was placed in a small circular cupola on top of the aircraft. Another MG 15 was positioned to the rear. Aside from the four guns, the Bv 141 could also carry four 110-lb bombs for ground attack missions.

Its first significant problem during development was its rudder generating too much drag. The cockpit was also very vulnerable as it was located on the starboard wing and was only enclosed with Plexiglass windows forming a single transparent shell.

The 45-ft-long plane had a maximum speed of 272 mph at 16,000 ft. It climbed at a mediocre speed of 112 mph and a cruise speed of 202 mph. Additionally, the Bv 141 had very poor lateral stability, which would have made it unpleasant to fly in turbulence at low levels.

Richard Vogt, the Bv 141’s designer, began working on an improved version of the Bv 141A series to address its poor engine performance. Vogt decided to use the BMW801A 14-cylinder two-row engine rated at 1,560 hp. However, they would soon encounter many problems, such as mechanical failures, which included faulty landing gears and hydraulic systems. The Luftwaffe’s enthusiasm quickly faded away, and the Fw 189 was chosen instead.