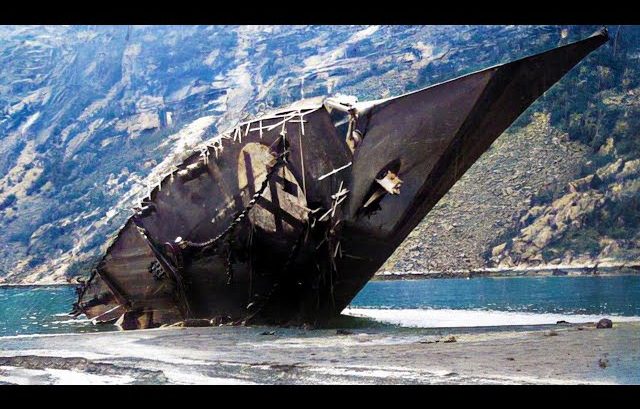 During World War II, Britain and France planned Plan R4, frustrated by the country’s neutrality, and their unwillingness to allow the Allied troops to cross the country to help Finland during the Soviet Invasion.

When Hitler learned about the Allies’ major military operation to occupy Norway, he planned to seize Norway before the Allies did. The Kriegsmarine then rushed to Norwegian ports, posing as friends, but in time had exposed its true intentions.

In turn, the Royal Navy didn’t want to waste their chances to cripple the German Navy.

Despite the chaos of the war, Norway opted to remain neutral to avoid any bloodshed. The country’s non-involvement represented a significant problem for the Allies- without its support, they couldn’t aid Finland.

Furthermore, Germany was getting most of its iron imports from Norwegian mines. In a desperate attempt to stop Norwegian exports, Britain and France came up with a cunning plan- they would ask permission to send an expeditionary force to Finland across Norwegian lands.

However, once there, they planned to seize Norwegian mines, taking control of the country’s strategic resources. If the Allies can take over these supply lines, they could take away crucial war resources from Germany.

Upon learning this plan, Hitler decided to attack first. On April 9, 1940, Germany invaded Denmark and Norway.

The invasion was delayed, giving the Norwegian royal family, cabinet, and members of parliament enough time to be evacuated. They managed to escape and set up a government in exile in Britain.

Norwegian coastal defense ships attempted to defend the Port of Narvik and they were sunk shortly after the initial attack on the strategic port.

On the early morning of April 10th, the second destroyer of Flotilla arrived at Narvik hidden by a dense snowstorm, but the Brits emerged from the fog, swiftly assaulting two German vessels being refueled. The first naval battle in Narvik is about to start.

The lethal attack destroyed 11 merchant ships, six German, one British, two Swedish, and two Norwegian. According to reports, the Brits disabled five of the six German destroyers in the region.

With their flagship gone, the morale and firepower of the second Flotilla plummeted. HMS Hunter was struck by German torpedoes and sank, and HMS Hotspur was hit by enemy torpedoes, compromising her ability to continue fighting.

The remaining Kriegsmarine also had very little time to celebrate as the HMS Warspite and nine destroyers were deployed by the Royal Navy and finished what they’d started.